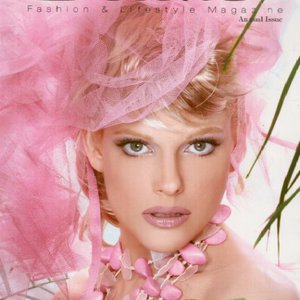 Heather Schmid has performed on some of the greatest stages through out the world. Most recently China, Las Vegas, New York City, on television in the US and through out the world, a special performances for president of Pakistan, to now traveling internationally for her new album 'the goddess within'. Heather hosts a television show on the WB called 'The Industry'. Heather is also a spokes model for many fortune 500 companies.

Heather has been singing since age 8. She trained all through out her early years at an internationally acclaimed music school in Connecticut and then received a full talent scholarship to Boston University to train as an opera singer and learn music composition, and piano. She toured Europe and the United States professionally as a soloist while still finishing up her studies at the same time.

The same weekend she graduated college she went to Las Vegas to compete in the Miss Millennium International Pageant. 200 Women from around the world came to compete for this title. Heather was fortunate enough to beat out her peers and take the title upon which a major career change was launched. She then engaged in a tour in the United States a pop dance artist. After touring for a year and gaining much fan base in the US, Heather then went back into the studio with Grammy nominated producer Rich Balmer to record 'the Goddess Within'.

Heather co-wrote much of the album and had her first chance at producing with 'Close Your Eyes'. The album is all live drums, guitar, bass and keyboards. All of the song choices are based on ideas that would uplift and inspire and bring out our 'The Goddess Within'. Goddess represents a shift in paradigm where the feminine power is now also focused on leadership role for women. Goddess is powerful, beautiful, purposeful, dignified, and meaningful. Heather's music is designed to awaken this powerful Positive Energy in all of us regardless of religion race and country.

Heather is a new breed of pop star. She feels herself as part of the global village. She is a citizen of the world and wants to help shrink the boundaries between us. Her music is a vehicle to build bridges between our countries and speak the universal language of music. Her tour of her new album- 'the goddess within' has one purpose to shrink the boundaries between us. So many things are possible now that were never before. Heather uses her music and influence to bring strength and uplift those without a voice.