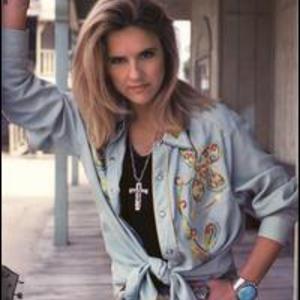 Heather Myles (born 1963 in Riverside, California) is an American country music singer. Her honky tonk singing is in the Bakersfield sound-style and has been likened by many to that of Dwight Yoakam. Heather Myles gets her musical inspiration from a background that is as diverse as the artist herself. Growing up on a ranch in Southern California, Heather was immersed in the sounds of country music radio at a time when legends were being born.

The voices of Loretta Lynn, Tammy Wynette, Waylon Jennings, and Hank Williams all played a large part influencing Heather as a songwriter and an outstanding performer. Additionally, it was the sound of her dad's ukulele and grandpa's old Scottish bagpipes that have been responsible for shaping her into the artist she is today.
Heather's family, originally from Scotland, settled in Canada and eventually migrated to Southern California where they operated a ranch specializing in the breeding and training of racehorses. As a child, Heather always thought she would follow in the family business and even considered becoming a jockey. However, an extraordinary talent for music and her powerful voice would soon lead Heather to a much different track.
Now, after four CDs and several years touring the world, playing honky-tonks and opening shows for Charlie Daniels, Merle Haggard, and Waylon Jennings, Heather is poised for stardom and ready to take her place on the main stage of Country and American music.

Live@newland.Nl (With The Cadillac Cowboys)