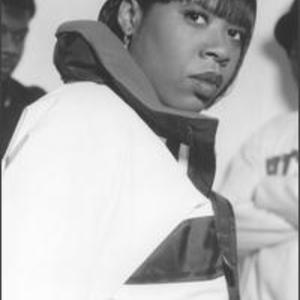 Heather B. Gardner is an African-American hip-hop artist from Jersey City, New Jersey. She is billed in all projects as "Heather B." She is most well known for being a castmember/roommate on the first (and most critically acclaimed) season of MTV's reality show The Real World. One of two African-American roomates, Heather was portrayed as a friendly, intelligent young woman with aspirations to become a rap superstar.

She forged an unlikely friendship with naive Alabama girl Julie; a memorable early clip from the season has Julie asking Heather if she wears a beeper because she is a drug dealer.

Gardner went on to moderate rap success after becoming affiliated with Boogie Down Productions, and she was signed in 1995 to Capitol Records. In [[1996] she released her first album, Takin' Mine. The single All Glocks Down, an anti-gun violence anthem, received moderate radio play, as did the follow-up single I Get Wreck. However a major rap career failed to surface.

In 1997 Gardner signed with MCA Records and in 1998 she released a 2 track single called Do You. It received little to no press or radio attention and her contract with MCA was dissolved before a full length album could be released. In 2002 she released her second album, Eternal Affairson the Sai Records International label. The album's only single was the track Live M.C.. It was an underground and club hit.

Outside of her music career Gardner has remained in the public eye by continuing to appear on various projects and television specials relating to The Real World. She also appeared in the film The Wedding Video directed by Real World alum Norman Korpi, and in 2005 she appeared in a television commercial for America Online anti-virus software.