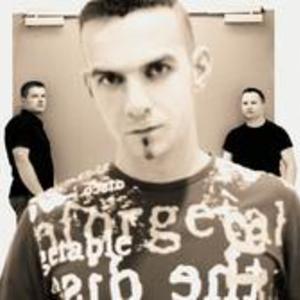 head-less is the bands name from the Lausitz, Germany, whose members have set themselves the goal to produce their own version of electronic pop music. In their songs head-less attach importance to a high degree of danceability and contemporary electronic sounds. Concerning the realm of music they are most likely to be classified to Electro/Futurepop with influences by different forms of electronic music. In the late 90s they had their first musical attempts and decided to found a band.

After a few recastings the line-up has been consisting of MATTHIAS MARKO, REN? HENTZSCHEL & MARKUS OTTO since 2001. In autumn 2000 they released their debut EP/CD FRIENDSHIP that was produced in their own Headquarter-Studio. With the single they were not only able to have airplay-performances in the regional area and abroad but also to get positive criticism and acknowledgement by specialist publications and DJs.
In the end of 2002 head-less released their debut album [transponder], including the title "Licht im Grau" that even advanced to a hit in some Saxon scene clubs.
Being a live-band they could make a name at numerous club gigs and open air festivals, i.a. as support for bands like Blind Passengers, Colony 5, De/ Vision, S.P.O.C.K., Mesh, Funker Vogt, Camouflage, Covenant & Project Pitchfork. Another highlight was touring with VNV Nation on the east European part of their "Judgement Tour" in 2007. They were also support on Melotron's "Cliche Konzertreise" (2005) and "Propaganda Tour" (2007).
Because of the charismatic singer and front man Rene Hentzschels infectious stage performance the concerts are a real experience and disprove the clich? of the static synth-show.
In 2004 head-less successfully took part in the Battle of the Bands, the contest of the scene magazine Sonic Seducer. Of about 500 bands of the European Gothic and Electro scene head-less managed to position themselves within the Top 5 of the renowned specialist jury. Inspired by that, head-less decided to produce further songs with Kolja Trelle (SOMAN), one of the top-producer concerning the Electro/Industrial Scene, in his KOLTRON studio. These are released in form of the SHIP OF AGONY E.P., that also offers a few remixes of well-known and internationally successful bands. So the successful American Electro formation Assemblage 23, the Swedish Colony 5 as well as the German Accessory, Cephalgy and Rector Scanner, among others, contributed their versions of diverse head-less songs to the E.P.. One will definitely ensure some sensation also with this publication in the scene again.
In 2006 they continued working with producer Kolja Trelle and as result the second CD ROUGE ET NOIR was released in 2007. The Ship Of Agony E.P. was featured as bonusdisc on the special edition of this CD. Rouge Et Noir was very positive received by the DJ?s and the people and reached No. 8 at the DAC (German alternative charts).
To promote Rouge Et Noir head-less started their ROUGE ET NOIR-CLUBTOUR in 2006/07 with more than 20 shows in Germany and countries like Poland, Czech Republik, Slovakia, Hungary & an incredible show in Moscow.
head-less have the qualifications and abilities to stand out of a big number of electro acts so that they will be appreciated by the audience and in the clubs.

... just be prepared for the future!