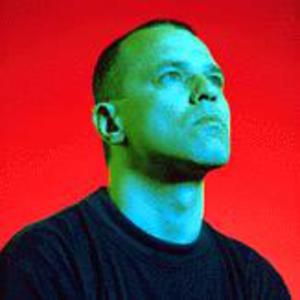 As an adjuct of Wire, Dome and Duet Emmo, Edvard Graham Lewis created He Said. Using sampling technology to reconstruct found sounds into an ornate pop universe, He Said not only fed Lewis' curiosity but also managed to showcase his lugubrious baritone vocals to stunning effect. The first release by He Said was the single 'Only One I', a collaboration between Lewis, Bruce Gilbert and AC Marias, whose early work Graham had formerly produced.

The first release by He Said was the single 'Only One I', a collaboration between Lewis, Bruce Gilbert and AC Marias, whose early work Graham had formerly produced. Released in October 1985, it was described in Melody Maker as "a funky rapture that's quite extraordinary," and in Sounds as a "meeting between Scott Walker and Tuxedomoon."

By April '86, the single 'Pump' made it's brooding presence felt, invoking a sense of urban claustrophobia that Music Week described as "an innovative number that deserves wide exposure." The video for 'Pump' gained notoriety for immortalising "the bar dance", a humorous interpretation of lounge room language that included "the Cortina snake"; hands weaving in air to describe car action, "the loco"; finger rotating around temple to show that someone is a nutter, the self-explanatory "give-it-one elbow" and "that big"; hands held at varying distances to show the size of fish, etc. Lewis also promised that the forthcoming He Said album would include the sounds of shuffling Tasmanian Devils, rustling spaghetti packet wrappers and vibrating banana leaves.

Before then, the single 'Pulling Three G's/Pale' was released in September '86, with the album 'Hail' following the next month. With contributions from Brian Eno, Bruce Gilbert and AC Marias, the adventurous terrain of the LP was described by Sounds as "eccentric and very very good." "It's how you can use noise in a more structured, harmonic way," Graham told NME at the time. "It's more about how you can increase tolerance. What you really hear is control over noise. The sampling machine gives you the ability to take noise, use what you think is effective about it as the basis of something new. What interested me when I started He Said was knowing the technology that would allow you to manipulate and accurately place sampled sounds was imminent and it was going to be cheap. It brings the excitement of sounds you haven't heard before." Just as he catalogued the gestures of public house patrons in the 'Pump' video, so Lewis captured the heart of the bustling city within the soundtrack of 'Hail'.

The next He Said venture was the single 'Could You?' in July 1988, a beautifully filmic sway that was both eerie and seductive. "Makes me think of memories at the bottom of a swimming pool," said Melody Maker, obtusely. "Steers well clear of the madding crowd, and manages to intensify and slowly eclipse your faculties." The story behind 'Could You' was noir in the extreme: "A month after returning from the US tour with Wire, I was shocked to remember something that my mind had conveniently banished," Lewis recalled. "We were travelling down a freeway in a wagon and someone dropped a very large rock onto the windscreen. Although we were travelling very fast in the outside lane, the windscreen didn't break. But I'd say 10 minutes after the event everybody had forgotten about it, cos I think they needed to. At that time in America there was a spreading fashion for shooting people on the freeway indiscriminately. When I got back I wrote the piece. Three weeks later you got Hungerford."

The arrival of the 'Take Care' album in February 1989 indicated Lewis' immersion in dance culture. He worked with producer John Fryer and On-U-Sound/Tackhead's beat visionaries Keith Le Blanc and Adrian Sherwood. "The previous He Said records didn't go down exceptionally well in Europe, but I was told they did in the Midwest of America, places like Cleveland, Chicago, Detroit," Lewis elucidated. "Perhaps the subject matter of 'Pump' was understood in those places - they are all urban industrial centres, there's a lot of decline." Graham's disillusionment with the state of Great British life was evident in 'Take Care''s subject matter: "The last five years in this country have been seriously surprising and discouraging," he assessed. "The Tory party have hijacked all the powerful words, they own all the words to do with success so whatever anyone else says is construed as weak or unpatriotic. I'm not optimistic. There's an almost medieval aspect to today, a lot of suppression of information, and a flattening out of individual cultures and languages." 'Take Care''s summation of Lewis' actions and attitudes was best expressed in a Melody Maker review: "This is archaic modernism, a modernism that has preserved it's edges, difference, meaningful sense of contrast and collage, as opposed to having been neatly varnished and flattened out by the most state-of-the-art pop machinery."