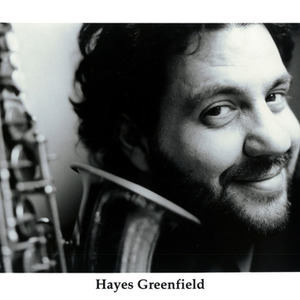 Hayes Greenfield is a producer, composer, saxophonist, filmmaker, bandleader, and educator ? has been active on the New York City jazz scene since the late ?70s. As sideman, he has built enduring associations with such notable artists as Jaki Byard, Rashied Ali, Paul Bley, Barry Altschul, and Richie Havens. As bandleader, Hayes has recorded and produced a number of critically acclaimed CDs and played throughout the U.S.

Music for a Green Planet