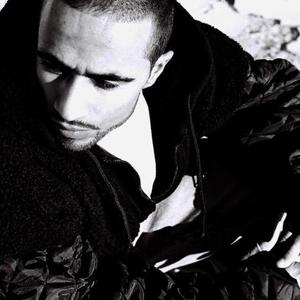 Hip-Hop isn't all about violent city life and superficial pipe dreams. But newcomer, Hasan Salaam, knows that best. As emcees are forging a coup de grace, hip-hop is destined for change. But while some retreat and plot their escapes through disillusionment, in real life and on wax, Hasan Salaam aims to be at the forefront of the revolution. His commanding presence holds no punches as he relates to today's youth with honesty and fearlessness. Consequently, misguided portrayals of urban life and a lack of hip-hop with substance on the airwaves has birthed a new emcee.

Attracted to hip-hop since the age of 10, the New Jersey native equates hip-hop to jazz. "I use words like an instrument," Hasan explains. "There's a build up in emotion and a climax you can feel." Smashing stereotypes and mediocre emcees, he delivers socially aware raps with an undeniable, bassy voice with grit. With his first independent release, Paradise Lost, Hasan asserts his message is one of total freedom despite hardship. How so?

"I prefer not to deal with labels because then you put yourself in a box, dictating what people expect to hear," says 24 year-old Hasan. With versatility and consistency, he speaks in a way all walks of life can appreciate, addressing issues and emotions many emcees are scared to touch or can't articulate. Using music as a platform for positive social change, he has also performed all over the East Coast including nationally aired performances on NBC's "Showtime at the Apollo", FUSE TV's "Digital Downloads", MUN2 TV's "The Roof", Music Plus TV, and at the Anti-War Rally March on C-SPAN. Gaining exposure in the underground, Hasan eventually edged forward opening performances for the legendary Kool Herc, Afrika Bambaata, Curtis Blow, Wyclef, Naughty by Nature, Busta Rhymes, Black Moon, Floetry, Common, and dead prez. But don't call him a conscious rapper.

"My music is my therapy that allows me to confront various issues in life, oppression, relationships, and certain trials and tribulations I've experienced that I want to share with the world," Hasan says. "Not because I'm perfect but because I'm human." On conceptually driven tracks like "Fountain of Youth," Hasan displays his knack for storytelling while delving into societal issues. And on "Diaspora" and "Boom Bap" he etches his name and his purpose into the minds of his listeners with candid lyricism and insight.

Current production credits include tracks by DJ Static of Stronghold, Rugged- N-Raw, Mike Marvel, & Shy Money from the Dream Team (known for their work with Nas, LL Cool J, and AZ) and a slew of new talented producers. But since taking first place at the 2003 Battle Dome Championships for beat making skills, Hasan intends to develop his craft. Currently on a promotional tour, he continues to sell thousands of his underground mixtape at various venues and online. His next phase promises to be just as rebellious but refined exploring his issues as a bi-racial child with his parents and the world. Already working on the follow up to Paradise Lost, Hasan's views are forward thinking and ever evolving. For sure, Hasan is an emcee people will remember as one who worked hard to elevate the minds of the youth.