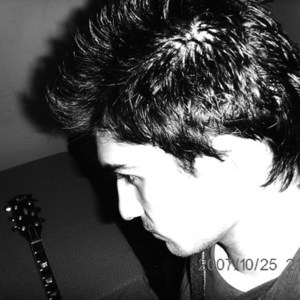 2. The Kurdish folk musician 'Hasan':
Isa Hasan, born December 25, 1970 in Beirut (Lebanon) is a Kurdish musician, Bouzouki player and composer.
Hasan's story began long time ago, in a small village in Turkish Kurdistan, when his grand-parents took the road to exile, to a country which, at the time, represented a degree of safety: Lebanon.
About thirty years later, someone was born there who is becoming one of the Masters of the bouzouk and one of those Eastern musicians whose contact with other musical horizons make it possible to look forward enthusiastically to what the century present will offer.
1982, Hasan was a member of a dance ensemble of a Kurdish association in Beirut. Hasan immigrated to France in 1984 and became a member of the Kurdish Institute of Paris. Through his musical work Hasan met Europe and European music.
In 1988, he was then a band member of the group Koma Zozan. His music style is characterized by the fact that he mixes Kurdish Folk music with flamenco and jazz, and produces a new synthesis.
Discography:
* 1995 - Gul?nar
* 2000 - Ballad kurde ? Seville
* 2000 - Tooting Broadway
* 2001 - Art du bouzouk
* 2005 - La cinqui?me saison

3. The smooth jazz / cool jazz musician 'Hasan' from New York, USA:
Hasan aka Michael Carriel plays string instruments, piano and guitar.
This is hasan's first solo project: "miracle" fingers "welcome to my world"
"smooth" jazz with a fresh new sound, along with great love ballads.
Michael Carriel (Hasan) was born in the Bronx N.Y.He startedplaying the violin in elementary school.
He moved on to playviola,cello,and bass.
He started his first band at the age of 13, by this time playing the guitar.
After years of playing some "original"compositions,he decidedto try his hand at rap production,this led him to signingan Artist/Production contract with "Sugarhill" Records.
where he had the honor of working with some of the "Hottest" rap artist, as well as producers and musicians of their time: Grandmaster "Melle"Mel of the "Newly" Inductees of the Rock & Roll Hall of FameGrandmaster "Flash" & the Furious Five.
Angie "B" from"Sequence" (now known as)"Angie"Stone.
After 5 years with"Sugarhill"Hasan landed a job as a "Staff" Producer for"B" Boy records.
after 4 years with "B" Boy Hasan moved toL.A.where he worked on several projects with the L.A.Posse.after 1 year in L.A.Hasan moved to Atlanta Ga. where he founded "Jam" City Records.
and has released 12 cd's to date (from rap music to gospel)this is his second "solo"project which he calls "All Day Music"the reason beingsimple (this is good music that can be listened to & enjoyed)all day!
Discography:
* 2003 - Welcome To My World
* 2007 - All Day Music
http://www.cdbaby.com/cd/hasan

4. The master of traditional Yemenite music 'Hasan':
A fourth-generation musician, Hasan al-Ajami is one of the last masters of the classical music of Sana. A virtuoso on the qanbus (a Southern Yemenite lute with four strings) and a highly emotional singer, al-Ajami was described by Tower as having "a deeper, more staccato sound than the oud, and his playing is as rhythmic as it is melodic." A direct heir to influential Yemenite musicians of the '30s -- Salih Abdallah Al Antari and Ahmed "the Mouse" Fayie -- al-Ajami is a regular performer at the Sana bazaar, where businessmen gather to chew the hallucinogenic herb the qat. For many years, al-Ajami has been accompanied by Ahmed Ushaysh, one of the last singers schooled in the Yemeni oral tradition, and a master of sahn mimyeh (copper tambourine).
Discography:
*2001 - Sanaan Singing
*2003 - Yemen: The Singing of Sanaa
http://www.mp3.com/artist/hasan-al-ajam