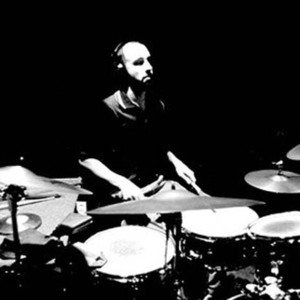 Drummer/percussionist/composer Harris Eisenstadt has performed in a variety of settings, including jazz, creative improvised, and African music ensembles. Born in 1975 in Toronto, Ontario, Canada, he followed in the footsteps of his drummer father, but was athletically inclined, playing baseball and hockey. Though his parents administered a public relations agency, Eisenstadt gravitated toward music, playing the drum kit in the basement of the Upper Canada College at age ten, where he also graduated some years later.

His early influences were Led Zeppelin's John Bonham, and jazz drummers Tony Williams, Elvin Jones, Tony Oxley, and John Stevens. As an advanced student, he took lessons with Toronto composer David Mott, moved to New York City where he was tutored by Barry Altschul, worked with the Knitting Factory, earned his B.A. cum laude in literature and music from Maine's Colby College in 1988, and received his Masters in Fine Arts via African-American improvisational music on scholarship from the California Institute of the Arts in 2001. While in Los Angeles, he worked with KOLA ? the Kreative Orchestra of Los Angeles, collaborated with Adam Rudolph, and teamed with Rudolph and Sam Rivers for the CD Vista. He has worked with a startling array of top-notch musicians, including Yusef Lateef, Vinny Golia, Elton Dean, James Newton, Tony Malaby, Bennie Maupin, Wayne Horvitz, Nels Cline, Marty Ehrlich, Urban Bushwomen, and many more. Eisenstadt lived in Gambia for a few months, has since performed with traditional West African dance troupes from 1999-2003, and in Northern California accompanied poet laureate Al Young alongside the Ralph Jones/Kenn Cox combo. In the theater world, he has been an accompanist to Macbeth, a one-man adaptation of Shakespeare's tragedy starring Tony award-winner Stephen Dillane, and performed in the 2005 world premiere of Anne LeBaron's opera Wet in Los Angeles Eisenstadt has received many awards and commissions including a Meet the Composer Global Connections Grant in 2006, American Composers Forum Subito Grants in 2004 & 2005, and the Durfee Foundation Grant in 2004. He was SOCAN composer-in-residence for the Sonic Courage Festival ? June 2006 ? in Halifax, Canada. Working with Wadada Leo Smith at Cal Arts, he was in ensembles with musicians from Bali, Gambia, Ghana, Morocco, Iran, and Senegal, and contributed to movie scores for major and independent motion pictures such as Perfect Film, Work, The Wedding Crashers, The Hebrew Hammer, and Dahmer. Eisenstadt moved to Jersey City, NJ, then to Brooklyn, N.Y. where his career has taken off. His recordings include Fight or Flight from the New Sonic label in 2002. He was with the Ahisma Orchestra for their Nine Winds release in 2004, as well as his own projects Jalolu from the CIMP label and The Soul and Gone featuring improvised music from the 482 label. The All Seeing Eye on the Poo-Bah label was issued in 2007, followed by Guewel playing creative adaptations of African pop tunes, and his opus to his native land Canada Day, both issued on Clean Feed records in 2009.

The Soul and Gone