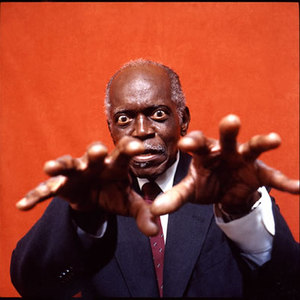 Hank Jones is multiple artists. One is a jazz pianist, the other a hardcore/punk band. On the Jazz pianist: Henry "Hank" Jones (born July 31, 1918 - died May 16, 2010) was a jazz pianist born in Vicksburg, Mississippi who grew up in Pontiac, Michigan, where he studied piano at an early age and came under the influence of Earl Hines, Fats Waller, Teddy Wilson and Art Tatum. By the age of 13 Jones was performing locally in Michigan and Ohio.

On the Jazz pianist:
Henry "Hank" Jones (born July 31, 1918 - died May 16, 2010) was a jazz pianist born in Vicksburg, Mississippi who grew up in Pontiac, Michigan, where he studied piano at an early age and came under the influence of Earl Hines, Fats Waller, Teddy Wilson and Art Tatum. By the age of 13 Jones was performing locally in Michigan and Ohio. While playing with territory bands in Grand Rapids and Lansing he met Lucky Thompson, who invited him to New York City in 1944 to work at the Onyx Club with Hot Lips Page.

In New York, Jones regularly listened to leading bop musicians, and was inspired to master the new style. While practicing and studying the music he worked with John Kirby, Howard McGhee, Coleman Hawkins, Andy Kirk, and Billy Eckstine. In autumn 1947 he began touring in Norman Granz's Jazz at the Philharmonic concerts, and from 1948 to 1953 he was accompanist for Ella Fitzgerald, developing a harmonic facility of extraordinary taste and sophistication. During this period he also made several historically important recordings with Charlie Parker for Norman Granz's labels.

After several years as a freelance player, which included engagements with Artie Shaw and Benny Goodman, and recordings with such artists as Lester Young, Milt Jackson, Cannonball Adderley, and Wes Montgomery, in 1959 Jones joined the staff of CBS where he stayed until the staff was disbanded 17 years later. With his rare combination of talents as a strong soloist, sensitive accompanist, and adept sight-reader, Jones has always been in great demand for recording sessions of all kinds, and may be heard on thousands of albums. By the late 1970s his involvement as pianist and conductor with the Broadway musical Ain't Misbehavin' (based on the music of Fats Waller) had informed a wider audience of his unique qualities as a musician.

During the late 1970s and the 1980s Jones continued to record prolifically, as an uncaccompanied soloist, in duos with other pianists (including John Lewis and Tommy Flanagan), and with various small ensembles, most notably the Great Jazz Trio. The group took this name in 1976, by which time Jones had already begun working at the Village Vanguard with its original members, Ron Carter and Tony Williams (it was Buster Williams rather than Carter, however, who took part in the trio's first recording session in 1976); by 1980 Jones' sidemen were Eddie Gomez and Al Foster, and in 1982 Jimmy Cobb replaced Foster. The trio has also recorded with other all-star personnel, such as Art Farmer, Benny Golson, and Nancy Wilson. In the early 1980s Jones held a residency as a solo pianist at the Cafe Ziegfeld and made a tour of Japan, where he performed and recorded with George Duvivier and Sonny Stitt.

Hank Jones resided in upstate New York. His most recent recordings are For My Father (2005) with bassist George Mraz and drummer Dennis Mackrel, a solo piano recording issued in Japan under the title Round Midnight (2006), and as a side man on Joe Lovano's Joyous Encounter (2005).

On the hardcore band:
Nick Warren, Chris Bencivenga, Shayne Moreland, and Mike Torti are hanging out and Torti's listening to Bane or Anchor or By the Grace of God or someone and says we should start a band like this with him singing. Everyone laughs at this but decide to do it anyway because they know Mike will work at it, and it's the only style of hardcore that Nick and Chris like. They write songs, practice, record a demo, start to play shows.

Around August they started throwing the idea around of recording a new record in the fall. They started writing a ton of new songs and finally hit the studio in October with Shawn Hammer at Midtown Recordings in Erie, PA. The final product was a 13 song, 22 minute demo CD that is a good representation of the band. In January the band signed with Undecided Records from Florida to release their record "Saturdays of Thunder" on May 3rd, 2005. Shortly after the release of their first CD a friend (Seth) joined the band on guitar alongside Nick.

At the same time Shayne decided he had done enough touring and needed to step back and take care of family stuff, so Chris moved from playing drums to playing bass guitar to fill that void and another friend (Jed) joined the band on drums. With one 2-hour practice under his belt the band left to play some shows and somehow managed to get through them! They toured again a few more times, Nick left the band, Chris moved to guitar and Ben Bowman joined to play bass. Ben basically was in the band for a few shows, went on the road a few times and was a big part in writing the 7 inch "Dear Boys, There's Beer and Pizza in the Fridge, Love Mom" released that summer on Surprise Attack Records.

After recording and playing a few more shows, Ben decided he was moving to California so he left the band and Micah was enlisted to play bass 2 days before tour! After a few shows he was good to go and played bass until fall of 2007 when he left the band and after a few back and forth joining/quitting done by Seth, he ended up coming back to play bass. At that time they enlisted the newest member Dan from Pittsburgh to play guitar with Chris.

And that is that.

Hank And Frank (With Frank Wess)