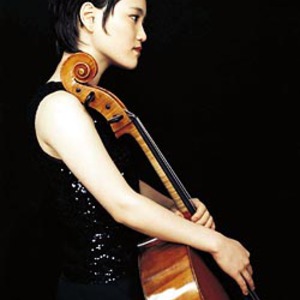 Han-Na Chang (born December 23, 1982) is a Korean cellist, considered one of today's most outstanding young instrumentalists.Chang began studying piano at age 3, and began her study in cello three years later at age 6. In 1994, at only 11 years old she competed in the Fifth Rostropovich International Cello Competition, winning first against many musicians some being even double her age. At this competition she was awarded with both the First Prize as well as the Contemporary Music Prize, determined by Maestro Mstislav Rostropovich and ten additional jury members.

In an interview Chang confessed that she had no expectation to win, but entered the competition for the chance to be able to play in front of the great cellist and Maestro Rostropovich.This distinction opened the doors for Han-Na to study privately under Rostropovich himself. In 1995 she made her debut recording with Rostropovich as Maestro and the London Symphony Orchestra. Chang also had the opportunity to participate on a full scholarship in the master classes of another famous cellist and Maestro, Mischa Maisky.
Chang has debuted all around the world in great orchestras.

As a child prodigy, Han-Na Chang astounded audiences throughout the world with her mature and brilliant playing. Now as a young adult, Han-Na Chang not only mesmerizes with her concert performances with such luminaries as the Berlin Philharmonic and the London Symphony Orchestra but also with her scintillating recordings with EMI.