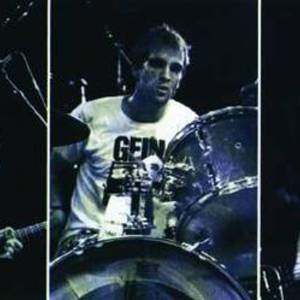 1.) As early as 1989 or 1990, a band came out of the moderately sized North Dakota town of Fargo. They were called Hammerhead. The line up was Paul Sanders on guitar and vocals, Paul Erickson on bass and vocals, and Jeff Morridian Jr on drums. At some point early on they relocate to Minneapolis, Minnesota. There they hooked up with Amphetamine Reptile Records, the invincible indie label that rose from the ashes of Treehouse Records and Glitterhouse Records. Between 92' and 96', Hammerhead released 4 full length albums, including many singles and comp songs as well. They helped propel Amrep to greater heights of popularity, and they helped define that "minneapolis/amrep" sound of the early 90's. Some time in 96', however, Hammerhead suddenly broke up. Paul Sanders left the band. It is unknown if he quit or was booted, but either way, the damage was done; Hammerhead was no more. About a year later, word started to spread of a new band, called Vaz, featuring Paul Erickson on vocals, guitar and bass, and Jeff Morridian Jr on drums and vocals. Paul Sanders played with The Heroine Sheiks, that disbanded in 2009.

11) HammerHead (India) :
Formed in 2007, Hammerhead made Rapid strides in the North-eastern circuit with its brand of originals. The band's music is an experimental blend of brutal death metal and thrash. They also embrace a basic ?technical' sound, a progressive metal melody and a lyrical structure that normally talks about violence, mutilation, hatred and war. They have their own signature style and they take great pride and joy in pursuing their craft.

Hammerhead plans to unleash their music on higher ground and spread awareness with their music.

Heart Made Of Steel