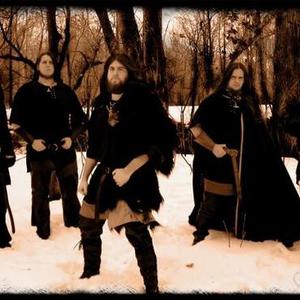 Conceived in the winter season of 2007, the idea of HAMMER HORDE was brought forth by guitarist Derik Smith and drummer Jayson Cessna. After the departure of their previous band (Forever Lost,) Smith and Cessna reunited to write another chapter in their musical careers, both new in direction and in sound. Originally intended as a two-man studio project, HAMMER HORDE was now considering expanding their ranks.

This path ultimately led to guitarist Ryan Mininger (A Gruesome Find) for the rightful position on second guitar. Around this same time, another former band-member had returned to claim the throne of lead vocalist: Tom Sturniolo (Ex-Forever Lost), bringing with him a much-needed range in barbaric growls, melodic clean vocals, and Viking-like war-cries.

Almost a year had gone by and the eager quartet had finally begun to collaborate on new material. By the winter of 2008 they had completed songs for nearly half of what would soon become their debut album. As the summer reared its head, the pursuit of a full-time bassist commenced. After several tryouts, Ben McGeorge (Ex-Terminator guitarist) eventually obtained the proper role on bass guitar. HAMMER HORDE began to strengthen into a stabilized band and soon developed their unique and heroic style, formed by the various influences of five musicians, each rooted in diverse metal styles and backgrounds. The band had successfully refined enough material to assemble a full-length release and shortly after embarked on the throes of recording. Autumn of 2008 signifies the turning point in HAMMER HORDE's musical endeavors as the band set their sails for Dimmworks Studios. With the final mastering done by Mika Jussila from Finnvox Studios, the album was at last complete. Spring of 2009 marks the release of their debut achievement ?Under the Mighty Oath,? an epic soundscape; dominant in both blackened ambiance and pagan might. Sound the horns of war, for HAMMER HORDE has forged an unforgettable debut release.

More information can be found at their offical website, www.hammerhorde.com.

Fed To The Wolves

Under The Mighty Oath