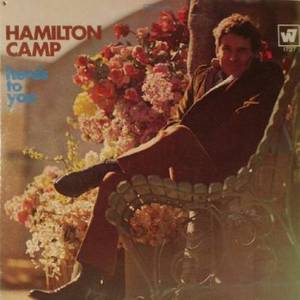 Folk, I Should Keep An Eye On This One, Leadbelly And Co, Singer-songwriter, Without You

Camp is one of the folksingers on the scene when the movement started gaining steam in the late 50s and early 60s. First known as Bob Camp, then Hamilton Camp, and later Hamid Hamilton Camp, he perhaps is best known for his sporadic partnership with Bob Gibson. Their collaboration, Gibson & Camp at The Gate of Horn, is one of the greatest folk records ever, and the recording shows off the improvisation and humor the two developed on stage.

Camp later put those skills to good use as a member of The Committee, a San Francisco-based improv troupe. He also appeared in numerous films and TV episodes. From time to time in the 70s, 80s and 90s, he would return to Chicago and team up again with Gibson. They recorded another album, Homemade Music, in 1978, and later did a revised version of their Gate of Horn album. The reunions ended when Gibson died in 1996.
As a solo artist, Camp's best album is Paths of Victory, a 1964 record notable for including numerous Bob Dylan songs, many of which Dylan himself had not yet recorded.
Camp's energy and passion shine through and make this record seem fresh and vital more than 40 years later. In some circles, Camp's interpretations of Dylan's songs have been credited with opening people's eyes to Dylan's songwriting talent, which often was obscured by Dylan's offputting personality and less-than-pleasing vocals.
On a Capitol release, Bob Gibson, Gibson and Camp cover Dylan's "Hard Rain's Gonna Fall," and give it a haunting, doom-filled quality.
In the early 70s, Camp and his family lived in a commune in Virginia and with fellow commune members recorded an album as "The Skymonters."
In his later years, Camp recorded an album called "Mardi's Bard," which was dedicated to his longtime friend, Mardi Arquette (mother of Rosanne, Patricia, David). She was dying from cancer and he would serenade her with songs to ease her pain. His last album, Sweet Joy, was completed just days before he died in 2005, at the age of 70.

For further information, please see http://www.hamiltoncamp.com/ his official website, and his Wikipedia page.

Here's To You (Vinyl)

Her's To You (Vinyl)