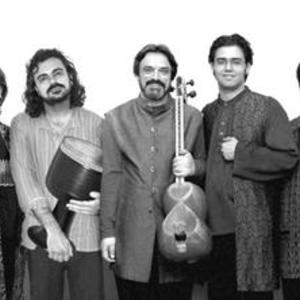 Led by Iranian master instrumentalist and composer Hossein Aliz&acirc;deh, the Hamavayan Ensemble was formed in 1370 S.H. (1991 C.E.) in Iran, as the primary research and performance source of Iranian choral music. Since then, it has been comprised of many different instrumentalists and vocalists, according to the needs of each musical piece and the related research. The Hamavayan Ensemble performs new interpretations of classical Persian music. The ensemble features male and female vocalists, tar and setar (ancient plucked lutes from Persia), and percussion.

The ensemble has expressed its artistic work in many venues and recordings. It has performed in every continent with multiple performances in Iran, Canada, Europe, Japan, and the United States.
Film scores produced by the ensemble include, Del-shode'gan, Gabbe', Zesht-o Ziba, Ancient Inheritance, and Newmang. Its commercial recordings include Avaye Mehre (Songs of Compassion), Raz-e No (Virgin Revelations), Birds, and Ode To Flowers.