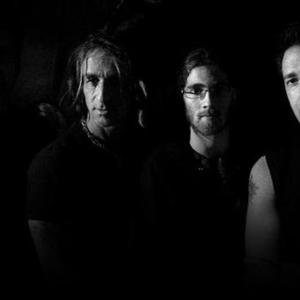 It's better with two Jean-Fran?ois and Denis have been playing together since the year 1987. They formed many bands that had short lives. These groups were composed of different members and with different ? sounds ? (classic rock, grunge, etc.). These formations have permitted them to gain a lot of stage experience. Brotherly reunion When in 1995 they lost their drummer, Denis proposed to invite Yves who had been playing for the last five or six years. Together they realized that playing covers of other artist work wasn't satisfying them, it had become necessary to create their own music.

Jean-Fran?ois and Denis have been playing together since the year 1987. They formed many bands that had short lives. These groups were composed of different members and with different ? sounds ? (classic rock, grunge, etc.). These formations have permitted them to gain a lot of stage experience.

When in 1995 they lost their drummer, Denis proposed to invite Yves who had been playing for the last five or six years. Together they realized that playing covers of other artist work wasn't satisfying them, it had become necessary to create their own music. But they were still missing a singer.

In the year 1995, the three of them contributed to a progressive rock tribute band. Even though that project crumbled after only one show, all was not lost since it is that way they met Jocelyn. After the project, he came around to hear them in their practice room and made them listen to a demo tape of an original song he composed, the band realized then that they had found their missing link.

Creation then reached its cruising speed. Their music started to build up and for the first time the band was good enough to stand the comparison to any other professional group on the circuit. To seal the band, musically speaking, they took part in a few shows, mixing covers with two or three original songs until they felt they were ready for the next step: Record a first album. But they were still missing one element missing.

Realizing the benefits of obtaining a keyboardist's point of view, regarding the orchestration, they decided to enroll Francis, one of Jocelyn's previous guitar students who became a keyboard player. The integration came naturally since almost all the material had already been composed. But they realized that his talent for arrangements was a major advantage in the final sound of the album.

Jean-Fran?ois took part of the recording and production process from the start. Their friend Andy Cherna, lent them his home studio, his great talent as a sound engineer and his production experience. The recording sessions occupied them for the entire summer of 2000 and the mixing took part during the following fall.

Conservation Of Mass was launched on April the 7th 2001 in Montr?al. Good reactions from the media didn't take very long and they dedicated the entire following summer to the preparation of a series of shows, including a participation in the Baja Prog 2002.

During the summer of 2002, Jocelyn, the singer, announced that he wished to pursue his musical career elsewhere. This brutally stopped the production of the second album. Once the initial shock passed; they all came to the same conclusion: they did not wish to replace Jocelyn immediately. They then started from scratch, trying to find a new sound for the group. The working sessions, where they would rearrange the existing songs, became without planning and unconsciously writing sessions of new music. Jean-Fran?ois, who already sang one song on the first record and a few covers during shows, took on the role of singer and all gave birth to tons of new ideas.

The writing sessions were put aside during the fall of 2002 because it became necessary to do a few shows in Montr?al. For these, old songs had to be reworked and remodeled for the new team. These shows confirmed that, as a quartet, Hamadryad was as solid as before.

The new album is in the works since the winter of 2002, with each passing week new ideas are grafted on in process songs and we assist to the hatching of new musical pieces. Even though the pressure is strong for them to go back to the stage, all efforts are dedicated to the creation of their second album.

It is toward the end of the work sessions for the second album, once the majority of the pieces were structured, that Francis announced that because of personal reasons he had to quit the band. Not wanting to leave the band in a bad position, he presented to them a talented keyboard player named S?bastien Cloutier. The band immediately gives him a challenge. They ask that he compose a partition for one of the song that is going to be on the album that will be released in a couple of weeks. Once this challenge met, they give him a even bigger one, learning all the keyboard partitions of all the songs they will present at the album launch.

On may 14th of 2005 Hamadryad releases their second album at the Plaza theatre in front of their friends. For the occasion Francis joins them, for one last time, with his guitar. S?bastien is on this occasion presented to the public who gives him a warm welcome. The new ? sound ? is not far from what Hamadryad's fans knew, without being exactly the same. It is with a strange and magical sensation that we listen to these new songs, because some parts are familiar and others are totally new. It feels like meeting an old friend that we lost sight of for a few years. The reactions are very positive and following the launch a series of shows are scheduled with well established bands like IQ and Arena and soon a participation in the 2006 ROSFest.