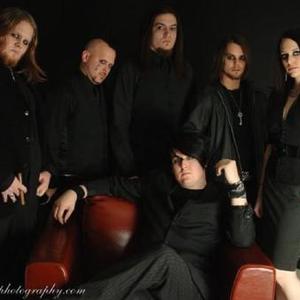 Haloscript was originally formed near Savannah Georgia in 2000. In 2006 the band made a move to Atlanta in search of greater opportunity. There they evolved into their current lineup and found the opportunity they were looking for in Corey Lowery (Stuck Mojo, Stereomud, Dark new Day). Lowery produced Haloscript's debut full length album, ?Ghosts and Good Intentions? which is slated for global release through 925 Records in the summer of 2008.

Haloscript is not in the habit of waiting for external forces to determine their success. The band isn't trying to peddle a doctrine, they only hope to be seen and heard by those who would see and hear. Haloscript provides a meaning with intent for those attentive enough to receive it. Novus Ordo Seclorum?

Haloscript has shared the stage and/or toured with several well known bands including: Sevendust, BobaFlex, Nonpoint, Flaw, Kittie, In This Moment, Walls of Jericho, 36 Crazyfists, Fight Paris, The Autumn Offering, Crash Romeo, and many more.