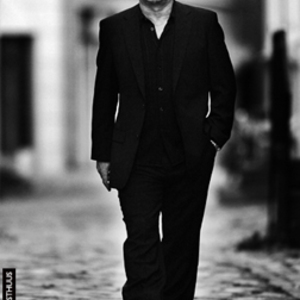 ?ge Aleksandersen (born March 21, 1949, in Namsos, Norway) is one of his country's most famous singer/songwriters, musicians. Some of his most well known songs are "Lys og Varme" (Light and Warmth), "Fire Pils og en Pizza" (Four Pilseners and a Pizza) and "Rosalita". He also wrote and performed the official song of the 1997 Nordic skiing World Championship (held in Trondheim) together with two other musicians from the region, Ulf Risnes and Bjarne Br?ndbo.

The song was called "Sn?rosa" (The Snowrose). So far, ?ge has sold almost 1,5 million copies of his many albums in Norway alone. He is said to be the Norwegian equivalent of Bruce Springsteen, according to an interview with Morten "Morty Black" Skaget, the bassist of his band.