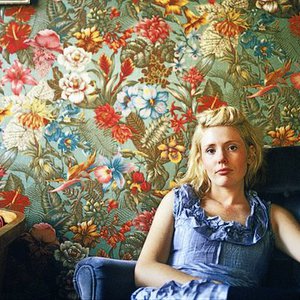 Haley Bonar (born 1983, Brandon, Manitoba) is an American alternative country singer-songwriter who hails from South Dakota. She has lived in Duluth and St. Paul, Minnesota. In July 2009, she moved to Portland, Oregon, where she spent a year writing songs for her newest album Golder. She plays mostly acoustic guitar and a rhodes or wurlitzer organ, either solo or with her Minneapolis-based band, including Jeremy Ylvisaker and Mike Lewis of Andrew Bird fame, as well as long time band mates Luke Anderson on drums and Jacob Hanson on guitar.

She plays mostly acoustic guitar and a rhodes or wurlitzer organ, either solo or with her Minneapolis-based band, including Jeremy Ylvisaker and Mike Lewis of Andrew Bird fame, as well as long time band mates Luke Anderson on drums and Jacob Hanson on guitar.

In 2003 Bonar's album . . . The Size of Planets (Chairkicker's Union) received favorable reviews in the Minneapolis press. The album spawned the single "Am I Allowed," which was played on college radio stations. Bonar was 20 years old when the album was released, and did a number of tours with Duluth band Low upon its release. She also toured with the likes of Mason Jennings, Richard Buckner, and Mary Lou Lord, who was also, for a time, Bonar's manager.

In 2006 she released the album Lure the Fox, originally on Mary Ellen Recordings, whose owner, Mary Lewis, decided to help Bonar pay to record the album at Pachyderm Studio after reading a Star Tribune article about her in 2005. Dave King of Happy Apple and The Bad Plus plays drums, Chris Morrissey plays bass, and the album features Low's Alan Sparhawk on the track "Give it Up." Also on that track is David Frankenfeld, Bonar's former drummer, who played on The Size of Planets. One year after Lure the Fox was recorded, Bonar signed with local label Afternoon Records, who then released the album nationally in October 2006.

Big Star, released in June 2008 on Afternoon Records, gained Bonar a broader audience with songs like "Big Star," "Green Eyed Boy," and "Arms of Harm," which was featured on the credits for an episode of HBO's The United States of Tara. The songs "Queen of Everything," "Big Star," and "Something Great" were also featured on MTV's show Teen Moms in 2009/2010.

Upon completion of her album Golder, she also started a side project band called Gramma's Boyfriend, a "no-wave, new wave, punkish kind of thing that sounds like the Twin Peaks High School prom band". Bonar started a Kickstarter campaign in February 2011 in order to raise money to promote and tour her upcoming record. She will be playing the 2011 SXSW music festival in March, releasing the album in April, and touring it summer 2011.

...the Size Of Planets

The Size Of Planets