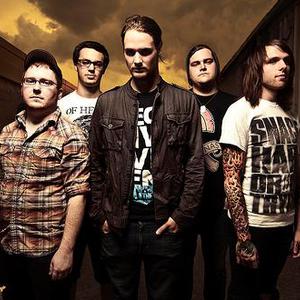 With their beginning firmly and proudly rooted in the middle of America, Indianapolis natives Gwen Stacy began practicing together in the winter of 2004. "Growing up in Indiana was awesome," exclaims bassist and founding member Brent Schindler alongside drummer TJ Sego. "We all grew up in surrounding areas of Indianapolis and moved closer to one another when things started to pick up with the band."

Since those early days Gwen Stacy has maintained a diligent work ethic rivaling older, more experienced bands and have toured America on multiple occasions sharing the stage with today's favorites such as The Devil Wears Prada, mychildren mybride, and metal sensation The Human Abstract among others. "I would say the best part about the tours that we've done is that we've gotten to travel and play with bands that are, above all else, our friends," Schindler states from the studio.

On the band's full-length Ferret debut, "The Life I Know", Gwen Stacy convened with Paul Leavitt (All Time Low, The Bled, From Autumn to Ashes), and well-known producer Brian Mcternan to record in the fall of 2007. "I think the biggest thing I'll take away from this recording experience is the fact that an outside opinion is not always a bad one," laughs the band's bassist. "I think the songs are better because of it. Paul and Brian are definitely trying to bring out the best in us." "I have learned that we really work best creatively as a unit rather than individually," states the band's drummer.

On "The Life I Know", Gwen Stacy come out and immediately destroy the listener's expectations. Vocalist Cole Wallace's delivery hearkens back to a time when the message and the need to be understood were an essential part of hardcore. "A lot of our lyrics are about faith, how we struggle through life, and other things people can relate to," admits Wallace. "The newer stuff is more mature than our earlier material," continues guitarist Patrick Meadows. "We've all grown stronger at what we do."

In the coming year Gwen Stacy will go nationwide once again and take "The Life I Know" to bigger crowds and venues around the country. "Our goal is to play every town and every city," concludes Sego. "Above all else, we want to play and hang with the kids and bring our message to every place our van can take us."


So to address the lineup change. I'm not about to sugar coat this and pass it off with the usual "creative differences." As our fans I feel that you deserve to know what's been going on in the world of Gwen Stacy, even the not so pleasant stuff.

For a while we had been having a lot of issues with Cole, which I won't get into details about out of respect for him, but nonetheless, issues. Members had quit, and it became a choice of letting Cole go, or Gwen Stacy being finished. And Gwen Stacy being finished is just out of the question. I don't think any of us can stomach the idea of missing out on all of the shows yet to be played. Long story short, GS must continue on.

We know it's a hard thing to understand. It's a hard thing for us to deal with, but there's a lot of life left in Gwen Stacy. We've only just begun. We're writing a crap ton of material for the next record and touring like crazy, and we hope that you all will help us through this hard time so that we can keep jamming with all of you.


BREAK UP (11-7-10)
Gwen Stacy 2004-2010
After six years, nineteen countries, countless US tours, two albums, and an EP, Gwen Stacy has decided call it quits. We feel like now is the best time to end the band and pursue other options and directions in life. We would like to thank everyone who has been involved with the bands career over the years. There are too many people to thank everyone individually, but we would like to send a special thanks to past members TJ Sego, Cole Wallace, Bobby Oakley, Josh Rickard, Mike Bryant, and Chris Suter, our manager Mark LaFay, Carl Severson and everyone else at what was Ferret Music, Once Nothing, Life In Your Way, Poison The Well, Haste The Day, Vanna, and every other band that we've been able to share the road with. Thank you as well to anyone who came out to a show, bought a shirt or cd, sang along, let us crash on their floor, or was just supportive in any way.

A few of the members will be starting new projects and we will be updating our pages as these projects start to unfold. We want to assure everyone that we are splitting up on good terms. We're all excited to see what everyone has in store for their future endeavors. Be sure to keep checking back to follow up with what everyone is doing.

Our last show will be Saturday November 20th at Rhino's, 331 S Walnut St. Bloomington, IN. Please come out and get gross with us one final time.

Thanks again for everything?
Brent, Geoff, Patrick, Matt, and Brett


2) Gwen Stacy is a swedish band with only two members:
Johan Rosell & Petter Bergeling.
The genre is a mix of electronica, Gameboysynth and Synthpop.

The name 'Gwen Stacy' comes from the Marvel comic book Spider-Man. A blonde college co-ed, Gwen was the first true love of Peter Parker (Spider-Man). Gwen was killed by Spiderman accidentally while trying to save her(her neck snapped) in The Amazing Spider-Man issue #121 (June 1973).

The Life I Know