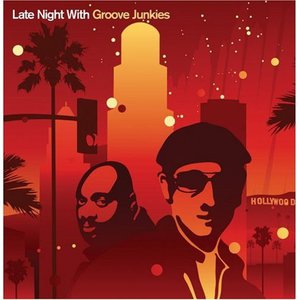 
As founding member of Groove Junkies he has launched numerous assaults on global dance charts since 1995. Having had previous releases on Virgin, Champion UK, and various Indie Dance labels throughout the world, he launched his own MoreHouse Records imprint in 2002 with his wife Solara. He's gone from strength to strength with each release, gaining support from industry legends such as Frankie Knuckles, Louie Vega, David Morales, Roger Sanchez, Ben Watt, Joey Negro and Tony Humphries to name a few. His original chart topping songs such as ?Deeper,? ?Gonna Get By,? ?Midnight,? ?Sunshine,? ?Oh Lord,? ?Dr Feelgood,? ?Music's Gotcha Jumpin',? ?Free Your Mind,' ?Black Man In The White House,? ?Far Away,? ?The White Light,? ?Unified (As One),? ?What's Freedom? and ?Born To Flow,? along with deftly produced cover versions of Phyllis Hyman's ?You Know How To Love Me,? Billie Holiday's ?God Bless The Child? and Harold Melvin & The Blue Notes ?Wake Up Everybody? haveinspired a legion of loyal fans throughout the global dance community.


To date Evan has garnered 18 Top 10 Download chart positions on Traxsource with his original productions and remixes. He's also snagged the coveted #1 and #2 slots on the European based DJ Mag Hype Chart and a couple of Top 5 positions in Billboard's Top 100 Dance chart. In October 2010 his critically acclaimed artist album ?In The Zone? shot up to the #1 position on the Top 100 Album Downloads chart on Traxsource.com within 4 days and received ?Album of the Year & Month' kudos form


High profile commissioned remixes for international dance artists and top grossing acts have solidified Evan's position asone of today's most consistent and influential producers within the global House music community. Opting for quality over quantity, Groove Junkies treatment's of songs such as Ben Watt's "Lone Cat", Frankie Knuckles feat. Nicki Richards' "Matter Of Time" & "I've Had Enough", Leela James' "Good Times," Deborah Cox's ?Play Your Part?, Marc Evans' "Giving Me Joy", Michelle Weeks' "My Change," Lisa Millett's ?You're All I Need,? Carolyn Harding's ?Movin' On? and Samantha James' ?Rise? all showcaseEvan's attention to production detail, his musicality and ability to move the crowd. His midas touch was particularly evident ondance remixes of pop superstar Rihanna's "Take A Bow" and Pussycat Dolls' "StickWitU." When all was said and done both ballads were reincarnated and found there way on to the dance floor and through the airwaves with a respectful dose of GJ funk,jazz and undeniable soul.


Groove Junkies music has been featured on highly successful mix compilations by labels such as Ministry Of Sound,Defected Records, Hed Kandi, Stereo Sushi, Soulfuric, MN2S, Seamless and Om Records, as well as mix compilations by topDJs such as Grammy winner Frankie Knuckles and EDM Superstar Kaskade. His songs have been featured on numerousinternational radio shows such as BBC's Radio One, Ministry Of Sound, Hed Kandi and Galaxy FM in the UK, as well as RadioItalia in Italy, UDM in Switzerland, Radio Norway and KCRW & Power Tools in the US.


Evan's DJ touring has showcased his talent on an international level at some of the hottest venues and festivals to an ever growing fan-base. Having headlined extensively throughout the world, Evan holds an impeccable reputation throughout clubland's most discerning dance floors. As Groove Junkies 'founding father' and now solo member, he's earned a reputation for exceptional DJing skills, and flawless programming ability.


There's no shortage of US based house producers, so it takes something quite special to rise above the rest and shine. Thefact that Groove Junkies have cultivated such a strong reputation in such varied corners of this industry is testament not only to Evan's enormous talent as a producer and his unbridled skill as a DJ, but a combination of both - intertwined with that rarest ofthings; true star quality. There are no indications of letting up the pressure in 2012.

In The Zone Remixes Part 1