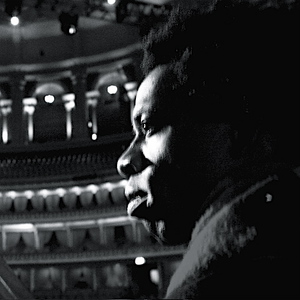 Grey Reverend is the solo project of singer/songwriter/composer L.D. Brown. Based in Brooklyn, New York, L.D. Brown was born in Pennsylvania and raised on a variety of music genres. After developing an affinity for jazz and the emerging indie rock sounds of the '80?s, like My Bloody Valentine and Dinosaur Jr., he began studying music. Beginning with the saxophone, then later shifting his attention to the guitar under the instruction and guidance of his mentor, jazz guitar legend, Pat Martino, L.

. was soon playing guitar exclusively and performing in various jazz, rock, and blues outfits throughout Philadelphia. Though, after immersing himself in music theory and jazz improvisation, he began experiencing problems with his hands and was diagnosed with focal dystonia. While coping with the loss of dexterity in his hands, L.D. found himself drawn towards songwriting in the traditions of acoustic folk and blues musicians such as John Fahey, Bert Jansch, Joni Mitchell, and Mississippi John Hurt. The desire to write his own material combined with the knowledge of musicology prompted L.D. to craft subversive and unique chord structures for his songs within an accessible vernacular.

In 2006, L.D. left Philadelphia for New York City. Shortly after settling in Brooklyn, he began to meet and collaborate with different artists and songwriters in his neighborhood, all the while writing and refining his own material. That summer, Brown met and became friends with Jason Swinscoe, the founding member and leader of The Cinematic Orchestra. Swinscoe incorporated L.D. into his musical outfit and began touring in support of the group's 2006 studio album Ma Fleur. Grey Reverend also began supporting the group for shows in the U.S., United Kingdom, Australia, Europe, Asia, North and South America. L.D. subsequently wrote his own version of the first single for Ma Fleur titled To Build a Home. It was released in 2007 as a single and limited edition 7?. Brown is still involved with TCO and has been a member for nearly 4 years.

L.D. Brown performs Grey Reverend songs primarily as a soloist, using an unaffected acoustic guitar and voice to convey his music to an audience. The devilish detail within the songs creates flashes of allegory in which familiar sentiments simultaneously comfort and unnerve the senses. Compelling and positively ambiguous with reverence for the grey, undefined areas of style, his songs are unconcerned with musical or social expectations. They sit completely outside of time and fashion, the simplicity and honesty of his voice enough to carry them.