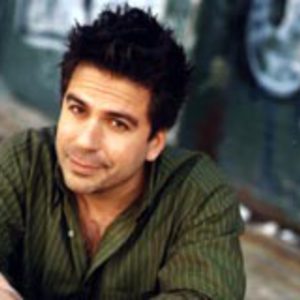 Greg Giraldo (1965-2010) was an American stand-up comedian, based in New York. Before becoming a comedian, Giraldo, a Regis High School, Columbia University and Harvard Law School graduate, worked as a lawyer. He was known for his distinct delivery and his skills in ranting, never allowing his rhythm to be broken. Giraldo had performed regularly at the Comedy Cellar in Manhattan. Giraldo was a regular panelist on Tough Crowd with Colin Quinn. He had been featured regularly on the Howard Stern radio program, and was a staple of Comedy Central's annual Celebrity Roast.

Additionally, he was the star of the short-lived Common Law and also starred in several pilots, including The Greg Giraldo Show and Gone Hollywood for Comedy Central.
The New York Times praised Giraldo as "a talented comedian with a winning personality."
He was a regular guest on Comedy Central's Celebrity Roasts.
Sadly, on 9/25/10, he overdosed on Rx medication, and passed away 5 days later.

Good Day To Cross A River