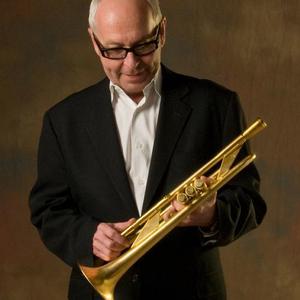 Greg Adams' career has included success as an arranger, composer, conductor, and performer and earned him both Grammy and Emmy nominations and an International Broadcasting Award from The Hollywood Radio and Television Society. It has been a musical travelogue that has spanned nearly four decades, taking him on worldwide tours and contributing to some of the most important recordings in pop culture.

The journey continues with the ambitious release of Cool To The Touch. Enjoy the ride that will take you down a path of unforgettable melodies infused in a mix of jazz, pop and funk powered by Greg's soulful trumpet.

While the music is pure 2006, its track titles conjure up the independence and hipness of the 60s jazz lifestyle. That inspiration carries throughout the album taking you on a cool musicalsojourn that is both melodic and energetic.

His 1995 solo debut, Hidden Agenda, went all the way to #1 for five weeks at the top of the Smooth Jazz charts, fueled by Adams sublime muted trumpet and a smoldering remake of Sade's "Smooth Operator." The album received wide critical acclaim and established him as a major architect of the emerging "smooth jazz" sound. Greg took a break from his session schedule and released the much anticipated 2002 follow-up album, Midnight Morning, generating two top ten singles, "Roadhouse" and "Sup with That." Adams' third solo project FireFly, released in 2004, was among the top 100 honored at NAC radio in 2005.

Legendary for the horn arrangements that created the signature sound and have made Tower of Power one of the most enduring musical entities today, Adams is a founding member of Tower of Power recording fourteen albums with the group on four major labels and millions in record sales. Greg has arranged for, performed and recorded with countless artists as diverse as his career, including The Eurythmics, Rod Stewart, Elton John, Lyle Lovett, Phish, Linda Ronstadt, Luther Vandross, Little Feat, Aaron Neville, Santana, Everclear, Quincy Jones, Huey Lewis and the News, Wilson Pickett, Heart, Josh Groban, Bonnie Raitt, Dionne Warwick, Madonna and The Rolling Stones.

Greg has played on over five hundred recordings. You have heard Greg's collaboration with Paul Shaffer on the opening theme of Late Show With David Letterman and on musical score arrangements in such films as Duets, Mask, Top Gun, Saving Silverman, Austin Powers In Goldmember with Smashmouth, and Little Big League where he teams up with Stanley Clarke and on Sgt Peppers Lonely Heart Club Band with the illustrious George Martin.

Setting no boundaries on a musical genre since he first arrived on the San Francisco Bay Area music scene of the early '70s, here is where his soulful sound would emerge. Adams' diversity has made him the consummate performer. He creates an intimate relationship with audiences large and small, and has been performing to packed houses throughout his career. Greg's muted trumpet and sultry tone evokes that of Miles Davis and he's known to mesmerize his fans to where you can here a pin drop, while Greg's bright percussive style gets the audience on their feet and keeps them dancing!

Active in the music community Greg has served two terms on the Board of Governors for the Los Angeles Chapter of The Recording Academy. Greg continues his commitment to music education in public schools and colleges through seminars, performances, mentoring and clinics. Most recently he was involved in Grammy Career Day, a national outreach program that provides insight to high school students about careers that are available in music and direction on how to prepare for them.

With his fourth solo disc, Cool To The Touch, Adams captures magic on nine original tracks and a classic remake in tribute to Sting's smash hit "If I Ever Lose My Faith In You." He teams again with songwriter James Wirrick who has collaborated with Greg as songwriting partner and co-producer since Hidden Agenda. On this new record, the two co-wrote four of the new tracks. Greg taps two Tower of Power alumni to contribute to the writing process, Nick Milo and Carmen Grillo. Current band mate Joey Navarro rounds out the team. Then Greg stacks the deck with some lifelong famous friends, groundbreaking jazz artists and the cr? of the crop L.A. session players to bring together the fun and organic spirit of the album. From the downbeat of the opening track, "Felix The Cat," the listener is immediately propelled into a harmonious retreat that is funk-driven by a super sax section that includes Mindi Abair, Johnnie Bamont, Richard Elliot, Boney James, and Eric Marienthal.

"Life In The Key Of Blue" pairs Greg with legendary saxophonist Tom Scott in a duet that jams with intense RnB rhythm. While "Bongo Baby" is just pure fun, the Latin percussion laden track will make you instantly think beach party and midriff tops mixed with a little tequila. The title track, "Cool To The Touch," showcases Adams' signature horn section sound and features a rhythm section with some of the coolest cats in town, Vinnie Coliauta, Lee Sklar and Paul Jackson Jr.

Crafted by Greg's art of "lyrics without words," his trumpet-driven melodies merge the sound of jazz, funk grooves, sophisticated riffs, sexy soul and Latin vibes in a blend that is all so cool!

Cool To The Touch