Green Nuns Of The Revolution 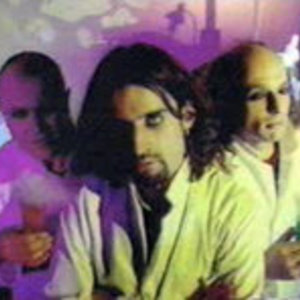 Green Nuns of the Revolution (GNOTR) are Dick Trevor, Neil Cowley and Matt Coldrick, a psychedelic trance project. Matt Coldrick was also a session guitarist for Gabrielle, and Neil Cowley played keyboards for the Brand New Heavies. The name "Green Nuns of the Revolution" might be a reference to Muammar al-Qaddafi's personal guards; the original title of their album was supposed to be "Black & White & Green All Over".

In the end, the album Rock Bitch Mafia (for Flying Rhino) caught the ear of DJs like John Peel and Annie Nightingale, but despite this airplay failed to gain much mainstream attention, and remains something of an unknown classic. Although primarily goa trance, the album encompassed cheeky electro, the punkish attitude of The Prodigy and the euphoric techno grind of Underworld, and shared the very British sense of humour of Eat Static. Deadpan samples included: "thenceforth I bopped 'til daybreak in single-minded pursuit of the groove."