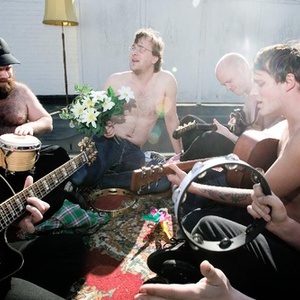 2. He'd been in Brooklyn's mixtape circuit for a quick minute ? grindin' and hustlin, hustlin' and grindin'. But when BK's heavyweight Gravy brought his boy Jadakiss to the table to cap off a hot summer, the mixtape world stood at attention.
Once and for all getting the exposure he was looking for with the release of his blockbuster mixtape The Big Co-Sign, Gravy aka. Mayor Goonberg was catapulted into the hip-hop spotlight with the help of a heavy endorsement from D-Block's leader Jadakiss. With his superstar shine in full effect, Gravy's presence in the streets is heavier than ever.
Breaking his concentration from working on his debut album on Warner Bros. Records, Gravy once again steps to the podium to address the streets and lace his fans with a new underground release.
With another heavy co-sign, this time from DJ Whoo Kid, Gravy's mixtape swagger heads to Africa. With his passport and mosquito repellant in tow, Mayor Goonberg follows up one major mixtape with another one here.
Featuring collaborations with Lil' Wayne, Lil' Scrappy and his man Show Money, Gravy is stepping large with this new disc of freestyles, tracks and exclusives from his Dirty Money family.
With his second collaboration with the mighty Unit, Gravy teams up with DJ Whoo Kid

Back In The Day