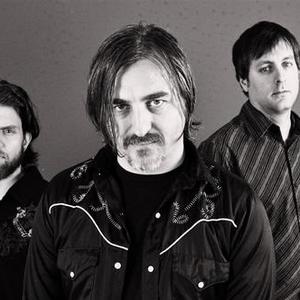 GravelRoad are the no bullshit saviors of Mississippi Delta Blues. Want Proof? When blues great T-Model Ford was looking for a band, GravelRoad fit that bill. With 60,000 road miles under their belts as a result of nine tours in three years backing T-Model Ford, GravelRoad was itching to get back in the studio. For their third album they knew they had to do something different. From the opening track Devil Eyes to the closing Let Me Hold You, Psychedelta seeps into your ears with darker, grittier, deep blues.

Aided and abetted by Detroit producer Jim Diamond (White Stripes, The Dirtbombs, The Pack A.D.) to bring the most out of the band's ?tight looseness?, Stefan Zillioux (guitar and vocals), Jon Kirby Newman (guitar, bass, vocals), and Martin Reinsel (drums) swim in a sea of blues infused with heavier rock but not overpowered by it. The blues is always present; the riffs are always there.

There are moments when Jon Spencer Blues Explosion comes to mind, but Psychedelta is a tighter approach. They aren't attempting to blow up the blues, just explore it, push it where it can be pushed. Hard, if necessary.

The Bloody Scalp Of Burt Merlin