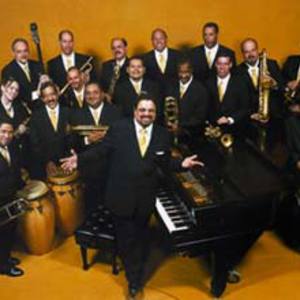 There exists a large and unique repertoire within the big band genre that requires musicians who are knowledgeable about Latin rhythms, clave, and African-based percussion instruments, as well as modern jazz and swing. The Afro Latin Jazz Orchestra (ALJO) was founded in 2002 by artistic director Arturo O'Farrill to perform compositions of masters such as Machito, Tito Puente, Chico O'Farrill, Astor Piazzola, Antonio Carlos Jobim, Hermeto Pascoal, and others, and to keep this culturally rich tradition alive by continuing to commission new works.

From 2002 to 2007, the ALJO was a resident orchestra of Jazz at Lincoln Center and performed an extensive concert schedule both at Lincoln Center and through national and international tours. During its residency there, the ALJO performed at the opening of The Frederick P. Rose Hall, the opening ceremonies of the 2005 U.S. Open, and the inaugural week for Shanghai Concert Hall; led a weeklong educational residency in Yokohoma, Japan; and recorded a GRAMMY-nominated CD (Una Noche Inolvidable, 2005, Palmetto Records).

In 2007, the ALJO left Lincoln Center to pursue the twin goals of developing new audiences for big band Latin jazz and of creating a robust educational program for young performers. With the support of a group of prominent leaders from the worlds of jazz and Latin culture, O'Farrill launched the Afro Latin Jazz Alliance (ALJA) in early 2007 to serve as a non-profit organization that can advance both the performance and educational aspects of this uniquely pan-American art form. O'Farrill serves as Artistic Director and works alongside Executive Director Eric Oberstein, who is responsible for all operational and strategic activities. The 17 members of the ALJO are employed both as performers and instructors.

The Alliance provides a system of institutional support in which the Orchestra can perform throughout the United States and internationally, exposing a wide range of audiences who have never experienced the vitality of this music to Afro Latin jazz. The Orchestra performs several concerts each year at its home venue, Symphony Space, in New York City, and during the last several years has performed at The Kennedy Center for the Performing Arts, Boston Symphony Hall, the Newport Jazz Festival, the Litchfield Jazz Festival (Kent, CT), The Joyce Theater (with Ballet Hispanico), Megaron Concert Hall (Athens, Greece), and the Taichung Jazz Festival (Taichung, Taiwan), among countless other venues.

The Alliance is strongly committed to making this music accessible for all audiences, and provides free or reduced-price tickets to large numbers of low-income individuals, especially youth and senior citizens, through collaborations with non-profit organizations and educational institutions. Mr. O'Farrill and members of the Orchestra also perform regularly in communities that are underserved by performing arts organizations, bringing the magic of big band Latin jazz to thousands of new listeners every year.

The ALJO is currently in its fourth season in residence at Symphony Space. In the spring of 2008, the Orchestra released its second album, Song for Chico (Zoho Music), which was met by worldwide acclaim and in February 2009 won a GRAMMY Award in the category of Best Latin Jazz Album. The ALJO's forthcoming album, 40 Acres and a Burro (Zoho Music), is set for a February 2011 release.Afro-Latin Jazz Orchestra is led by pianist Arturo O'Farrill (the son of Arturo "Chico" O'Farrill, who lived October 28, 1921, - June 27, 2001).