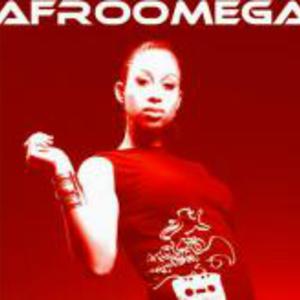 Afro Omega came together in 2003 in Salt Lake City, Utah as a male fronted reggae rock band. Though well received around town they didn't find their voice till years later when backing vocalist, Elisa, was moved to the vocal lead. Since then Afro Omega has been called ?one of the most revolutionary bands to come out of Utah.? Their combination of poppy vocals, spacey keys, rock guitar, and driving drum and bass make for a unique and amazing sonic experience. ?Its feel good, beautiful music that is epic in scope. Futuristic and classic at the same time.?

With this original recipe (mmm? original recipe?) Afro Omega has gigged steadily, with greater and greater success, touring nationally from San Diego to New York City. They are currently booking spring and summer festivals and a tour through Colorado down to Texas.

Afro Omega has released two well received albums starting with Pick up the Pieces in 2006. The single off this record "Know my name" reached No. 14 on Smile Jamaica's Top 40 of 2006. DJ Robert Nelson says: "heavy psychedelic-dub mix, cool menacing vibe and hypnotic female vocals, Afro Omega's massive tunes are the newest I've heard in years." This album has also been featured on Creation Steppin Radio as well as numerous college radio stations around the country. Their recently released album Love Emergency was received with much anticipation. ?Long awaited full length album is finally here and breaking boundaries. It is an album of non-stop hits (rare these days) that really hit you right where you need it. Expect to hear this music on the next Apple iwhatever commercial.? Touring in support of this album will begin spring 2009

Pick Up The Pieces EP