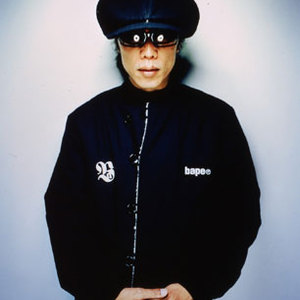 Gota Yashiki (?? ??, Yashiki Gota) is both an independent acid jazz artist and drum player, as well as a member of the band Simply Red. He was born in Kyoto, Japan, on 26 Feb 1962, where at a young age he learned how to play traditional Japanese drums. This interest in drumming propelled him into the music scene, and he moved to Tokyo in 1982 to join a reggae/dub band that became known as Mute Beat. Together with Mute Beat band member Kazufumi Kodama he worked on various projects and formed the duo Kodama & Gota.

From 1986 on, Gota entered the European music scene. After spending some time back in Tokyo, he returned to London in 1988 and began collaborating with numerous well-known artists, including Soul II Soul, Sin?ad O'Connor and Seal, while also working on film soundtracks and re-mixes.

Gota joined Simply Red in 1991 for the recording of the album Stars and the following world tour. In late 1993, he released an album entitled "Something to Talk About" under the name Gota & The Heart of Gold, and helped fellow Simply Red band member Heitor T.P. release a solo album in 1994. While still working regularly with various European artists, including an album by singer songwriter Chris Braide, he recorded another album as Gota & The Low Dog in 1995 with singer Warren Dowd. This album, named "Live Wired Electro", was released in several countries and took Gota on his first solo Japanese tour. Alanis Morissette credits Gota as "Groove Activator" on her album Jagged Little Pill, for which samples of his works were used.

In 1997, he released his first album in the United States entitled "It's so Different Here." The albums hit single was a top ten Smooth Jazz track of the year. The album went to No. 15 on the Billboard, and No. 1 on the R&R chart. Gota helped produce Simply Red's album entitled "Blue" the following year in 1998 and subsequently assisted the following year's release "Love and The Russian Winter". He released two albums in 1999, the first entitled "Let's Get Started," and the second entitled "Day & Night." His most recent album "The Best of Gota" was released in 2002, and he is currently working on a joint project with Jimmy Gomez whose release date is still unknown.

The Best Of Gota

It's So Different Here