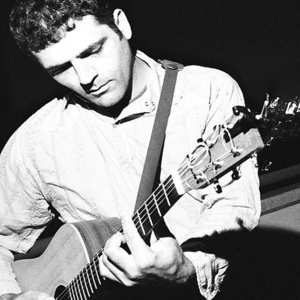 The emergence of Gor Mkhitarian reflects the very best of the burgeoning music scene now taking foot in the independent former Soviet Republic of Armenia. Widely known throughout Armenia as the lead guitarist for one of country's best rock bands, Lav Eli, Mkhitarian launched his solo career in 2001 and has released three albums since. Being nominated for a total of eight industry music awards, he makes fresh and compelling music that successfully fuses traditional Armenian music with both rock and folk idioms.

In his music, Mkhitarian makes a case for writing the next chapter in Armenia's rich musical history by updating the sound and feel of the classic Armenian folk song. But what has made Mkhitarian a favorite in Armenia is his uncanny ability to combine unique songwriting ability with stunning modern arrangements of Armenian folk music. Gor Mkhitarian gets down to basics by giving the listener meaningful lyrics, colorful arrangements, and melodic hooks that create warm and inspiring songs. With the new band he features remarkable musicianship and showcases a different approach to his songwriting. It's Armenian music, as it has never been heard before.