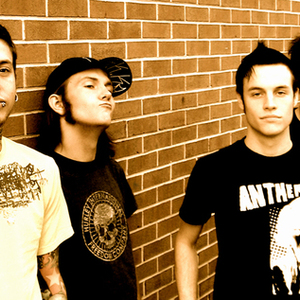 What first started as three punks playing Ramones and Green Day covers in a closet-sized room has turned into a full on, high-energy, three-piece band with influences of ska, punk, reggae and hardcore. With every show, Good Fortune pours all of their energy towards the crowd. With screaming back-up vox and insane drumbeats, they avoid conforming to one specific genre. Since the beginning in 2003, the band has strived to kick down the door of the local music scene.

They have shared the stage with many well-known musicians including The Toasters, MXPX, The Planet Smashers, Big D and the Kids Table, Streetlight Manifesto, Voodoo Glow Skulls, MU330, The Know How, The Slackers, and fellow Jacksonville musicians and friends Whole Wheat Bread. In 2004 a four-song demo was recorded at Goldentone Studios in Gainesville, FL with members Jason Locklear on vocals and guitar, David Kelly on drums, and Nick Weston on bass. Due to other obligations, Nick Weston left the band and bassist Mark McHone took the spot. Since then Good Fortune has recorded a six-song EP with producer Mike Crews at Crews Productions in their hometown, Jacksonville, Florida. The EP, currently titled "The Nightlife EP", was recorded over a 7 day period from 6pm to 6am every night and sometimes until the sun came up! The EP should be ready for release soon. With a dedication to the music and the fans, Good Fortune is currently planning a summer tour and to record a full-length album before they hit the road.