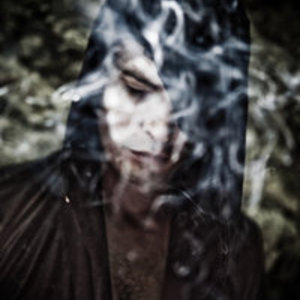 There is more than one artist with this name: 1). Golden Dawn are an American psychedelic rock band formed in Austin, Texas, in 1966, that broke up and then reformed in the early 2000s. Members: George Kinney (vocals, guitar), Tom Ramsey (lead guitar), Jimmy Bird (rhythm guitar), Bill Hallmark (bass), Bobby Rector (drums). The band released one album, entitled Power Plant, before breaking up soon after the album's release in 1968. Their sound is similar to their well-known Austin contemporaries, The 13th Floor Elevators, and both bands were on the International Artists label.

1). Golden Dawn are an American psychedelic rock band formed in Austin, Texas, in 1966, that broke up and then reformed in the early 2000s. Members: George Kinney (vocals, guitar), Tom Ramsey (lead guitar), Jimmy Bird (rhythm guitar), Bill Hallmark (bass), Bobby Rector (drums). The band released one album, entitled Power Plant, before breaking up soon after the album's release in 1968. Their sound is similar to their well-known Austin contemporaries, The 13th Floor Elevators, and both bands were on the International Artists label.
In 2002, Eric Arn from the psyche rock music group, Primordial Undermind, asked George Kinney to reunite the other members of the band and play the Texas psyche fest. Kinney formed a new Golden Dawn and recorded the band's second album, titled Texas Medicine, which came out in 2006.

2). Golden Dawn are a Melodic Black Metal band from Salzburg, Austria - formed in 1992 by Stefan Traunm?ller. His main intention was to make the band a one-man band but, due to his unanticipated goal to achieve an Experimental sound he Progressed into the use of more members. The early work was more evident of Black/Doom style.

The overall sound generally portrays a highly Melodic style of Black Metal and includes Gothic-like pianos however, they will generally strive towards a more Experimental sound and merge a few styles to create an very versatile yet, sticks to the roots of a Melodic Black Metal sound.

Although, Stefan Traunm?ller's ideas have moved along the way, lyrically most of his primary thoughts come from themes such as Fantasies, Sorcery and Mankind. It is apparent that Stefan has done some of his work based off of his own personal experiences through dreams.

Golden Dawn started off with a demo entitled "Lullaby" in 1994. And it was a more Doom Metal oriented album and it isn't remotely as similar as his main plans for Golden Dawn however, one thing that really did stand out from this demo to today is the keyboards, which was a "trademark" of Golden Dawn. The demo has four songs and was self released.

Stefan still had a lot of time on his hands and he wasn't really recognized much by this demo and he was still changing styles. He was working on another project of his own but, still tried to keep in touch with his main stuff on Golden Dawn. This caused the twist of fate of Stefan cunningly bringing together his Ambient side-project Apeiron with Golden Dawn in a split album. Some of the songs had a huge gap from the previous year of 1994 in summer to Apeiron and back again into Golden Dawn in spring. It was released in 1995 and Impure Creation Records actually got a hold of it. The first seven tracks are from Golden Dawn.

Now that Golden Dawn was more noticeable from Traunm?ller's recent sign to Impure Creation Records, two new members immediately joined the band - going by the name of; Raymond Wells on vocals and Martin Schirenc as a session member. Their first tasks were fulfilled through a compilation album called "A.B.M.S (Austrian Black
Metal Syndicate)" which features all of the great Austrian Black Metal bands merged into a compilation on a retired label called Dark Matters Records. It was recorded on September of 1995 and was released in the same month.

Golden Dawn's recognition for contributing to the two tracks of A.B.M.S. was furthered by them self-promoting it of their own little demo called "Way of the Sorcerer", which too was one of the songs from the compilation. This was done right at the end of September, immediately after they received their songs. It is possible that two extra tracks were thrown in the demo but, that's unsaid of. Eventually A.B.M.S. was re-issued as "Norici Obscura Pars".

Golden Dawn may have started to really get a lot done in the previous amount of time but, Stefan had a period after Way of the Sorcerer where he had "musicians block". He simply could not top what he had thought of before. So, his only hope was to create new demos. A Rehearsal was self-released in 1996 and Golden Dawn was now back on their feet.

In 1996 Golden Dawn released their first full-length album entitled "The Art of Dreaming" but, now a new addition had Stefan Traunm?ller' on vocals, keyboards and guitar. Ngol-Jeddar on drums. Draug on rhythm guitar. Ann Ferrier on female vocals. Pazuzu on lead vocals. Bachbakuala-Nuksiwa? on backup vocals. This was also released on Dark Matter Records and they used the same studio they did for their songs on the A.B.M.S. compilation and it was actually produced by the session member; Martin Schirenc. The album received results as an essential for achieving Melodic Black Metal and Napalm Records even re-released the album in 2003. The only major difference was the album cover art. The success of Draug aka Thomas Tannenberger even lead to his formation of Abigor.

Again, Golden Dawn takes a rest from music for a while and in 1997 releases a demo mostly featuring keyboard interludes and it was a very unknown demo. It could even possibly be called a rehearsal. And in 1999 they released another unknown demo featuring six tracks and it was called "Sublimity".

After Golden Dawn's small attempts to provide as much music to the fans as possible they bring in a brand new album called "A Solemn Day" in 2000 - shortly after their demos. This album is mainly about Viking history and mythology. It has eight songs and it is approximately an hour in length.

Golden Dawn's most recent work is off the album "Masquerade" from 2003 however, early 2001, Traunm?ller brought two guitarists in and signed with Ars Metalli. But while Masquerade while it was was being recorded but, they left that and had to self release it but, eventually got a deal with Napalm Records. The album has Moritz Neuner on drums along with well several unknown session singers. This album is their most Experimental album but, maintains the characteristics of Golden Dawn. They leave us off with an esoteric Experimental sound for ages to come.

3). Golden Dawn are a British Psychedelic duo playing a wide mix of styles and spiritual music for the modern age.

The Art Of Dreaming

Way Of The Sorcerer (EP) (Cassette)