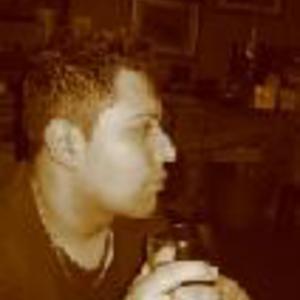 The whole shebang started with Affie Yusuf an already a well established UK artist who had already recorded a solo 'heavy duty' Techno album for the Huge German Trance label 'Superstition Records' This album was called called The Volume, The Volume by Yusuf was Superstition's first plunge into a mental Techno scene seen to some as quite a risky move considering they were so associated with Trance and Yusuf's existing affiliations were with the amazingly solid German label Force inc also called The Force to many of its artists.

So onto the real House of 909, Yusuf had a chance meeting with a veteran of the underground called DJ NORTH part of the infamous South Coast duo DJ's North and South. DJ South is Freaks Justin Harris. Yusuf had somewhat frequented a nut-job of a club in Bournemouth of all things called Kevins House* later becoming the damn right lunatic asylum Remix*

This various united infamy bought to the forming of a little label called 909 Music and 909 Pervertions Records which was all about Techno and all things raw, Yusuf produced and collaborated with Casey on crazy rug fueled acid and techno on the new 909 Pervertions as the AYNC project and they made great use of Yusufs already well known acid sound (ACIDWAVES1-3) and his collections of Roland Tb-303's. Yusuf's Acidwaves was used to launch the foremost British techno imprint Ferox Records.
The 909 label went on and signed up the at time unknown DJ SAVAS from Southern Germany with 'the power of music EP' Savas Pascalidis later went onto record DJ Hells Gigolo 'lunacy techno label from Munich.

After having enough with the so called 'deep house' in the British scene they decided that deep house was just not being catered for in the way they wanted so Yusuf and Casey decided a Deep House offshoot called House of 909 Records was badly needed, Thus it was born.

The label debuted in early 1996 with EPs from Future Soul Orchestra and Voices from Beyond, Yusuf and Loveys, Jamie Cox amongst other artists, these deep tracks which really looked back to classic American productions too many to mention but Larry Heard being at the top yet kept with a distinctly British touch. Trevor Loveys is an old school friend of Yusuf from the early British South Coast Graffiti and Hip Hop movement and was Key with Jamie Cox to make that House of 909 sound we all know and love. Yusuf's production skills added fatness to the releases.

The group then hit large when Yusuf negotiated the House of 909 into an act on Pagan Records who had already licensed the huge House of 909 - Deep Distraction EP. Skint was also in the running' but the boys chose Pagan as it was the same head from Tribal Recordings which were massive in world of house music and proved a good move.

The Main Event was the first Pagan House of 909 (act) to be released, created with the input of friend Martin Howes with Loveys at the helm under the watchful eye of 'the chalet' which was Loveys room and makeshift studio.

A new original mix collection called Soul Rebels followed in 1997 on Pagan UK/USA after this House of 909 came together and along with Simon Bradshaw, Produced the award winning album 'The Children We Were' in 1998. (Yusuf,Loveys,Casey)

However Yusuf and Loveys did carry on with yet another album as TRAFFIK on PAGAN UK/USA whilst sticking with the deep house roots but this time using Yusuf's more techie edge.

Traffik is a shortened quirky name for Trevor and Affie.

The album was noted in the press as album of the month and years to come.

HOUSE OF 909
909 PERVERTIONS (techno)
909 MUSIC
Affie Yusuf hails from Southampton UK, he first released on vinyl in 1993 on UK Ferox Records, the title of this series was Acid Waves 1-3. The sound he created caused a bit of stir as it was quite different to what was being released only 5 years after the 88 summer of love. People latched onto the CV gate analogue squelches that the Acid Waves Series provided. He went on to start House of 909 records with DJ North He currently lives in London UK recording and playing music. Affie also runs Tragic Magic Records with long time partner, House of 909'er Trevor Loveys and is part of the Machines don't care collective.
?-? more
Sites:
MySpace/Houseof909
Aliases:
Big screen, EF.3.A, Levi Satchell, Lilac Road Productions, Parkwalker, The, Sian Loves It, Waterboatmen, The
In Groups:
House Of 909, Machines Don't Care, Traffik, Yusuf & Loveys
Variations:
All | Affie Yusuf | A Yusuf | A. Yusuf | A.Yusuf | Affie 'Tab' Yousef | Affie Yussuf | Affie Yusuff | Andrew Yusuf | Aphos Yusov | Yusuf