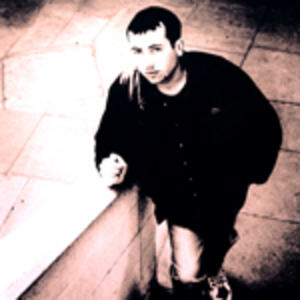 The GMAN's Electric Bass guitar style is a throw-back to the legendary Bassist Stanley Clarke. Played with the passion of Stevie Ray Vaughan, all intertwined with Jazz,R&B,Funk,and Rock elements. Born Gerald L. Smith on September 2,1960 in Newark, New Jersey was given a radio at the age of 4 from his mother and by 12, he began playing the electric guitar, jammin with neighborhood friends until the age of 14.

Born Gerald L. Smith on September 2,1960 in Newark, New Jersey was given a radio at the age of 4 from his mother and by 12, he began playing the electric guitar, jammin with neighborhood friends until the age of 14. At this age, he was given the opportunity to supplement his talents by working as a concert stage hand for the groups: Earth,Wind & Fire,Ramsey Lewis and The Emotions when touring in the New York/New Jersey area in the summer of 1974. This was the juice that sweetened the taste for The GMAN and the Bass guitar that would become his trade mark. By age 17, his father introduced him to William Earl Martin and the sounds of Stanley Clarke,inspiring The GMAN's love for Jazz. By age 18,The GMAN turned semi-pro performing and recording with various local Bands in and around the New Jersey area, and at age 20 The GMAN met Guitarist Richard Miller and his friends Gene "O" Thomas and brother Keith Thomas,whose father Grady "Grade A" Thomas an original member of the Funk/R&B Group: Parliment/Funkadelic this in turn spark the PFunk Style of music and spawn groups: The Electric Connection,Shade 2, Qaddara, J.A.G. and Unfinished Business just to name a few. Not to be type casted as a musician only. The GMAN began Producing such local Hip-Hop Artists: BabyGirl,(Signed to Perfect Pair Records in 1992)
and the GMAN appeared in "The BabyGirl Stompin video aired on cable networks by New York City's Ready or Not Productions Inc. as well as recording Battle rhymes for Poppa Bear,(1992-93 Hip-Hop Seminar World Champion). In 1999, The GMAN appeared as a panel judge at The 20th Annual Rap Masters Competitions held at The New Jersey Performing Arts Center in Newark,New Jersey and returning to NJPAC in 2000 as Bassist for Folk/R&B Singer/Song writer Chinua Hawk in the Summer Jazz Concert Series. The GMAN has played with some of the most Talented and influential Artist living today! The GMAN has played with: Raekwon,GhostFace-Killah,Cappadonna,Storm,(Members of Wu-Tang Clan).Dj HardHittinHarry,Omega,Mafia,(Members of The Fugees refugee camp),Clearance Burke,,(The Invisible Man's Band),Dj Lazy K,Actor & Recording Artist Andre Moore,(Star in the motion picture New Jersey Drive),Actress Elain Lockler,(Star in Broadways Jesus Christ Superstar,and A chorus line)and the list goes on enabling The GMAN to become an Independent International Artist today with multible musical CD's to his credit

GMAN: The Spirit Of The Youth