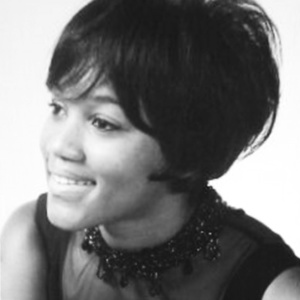 Gloria Jones (born 19 October 1945, in Cincinnati, Ohio) is an American singer. She first recorded the 1964 northern soul classic Tainted Love, later a hit for the British synth-pop duo Soft Cell in 1981. Gloria Jones was born in Cincinnati, Ohio, and moved to Los Angeles at the age of 7, where she first started singing. Gloria's first taste of fame came at the age of 14, when, while still at school, she formed with Frankie Kahrl and Billy Preston the successful gospel group the Cogic Singers.

Gloria Jones was born in Cincinnati, Ohio, and moved to Los Angeles at the age of 7, where she first started singing. Gloria's first taste of fame came at the age of 14, when, while still at school, she formed with Frankie Kahrl and Billy Preston the successful gospel group the Cogic Singers. Although she remained with the group for some four years, she soon found herself drawn into the Los Angeles pop scene.

In 1964, Gloria Jones, in her late-teens, was discovered by hit songwriter Ed Cobb. Signing with Cobb's Greengrass Productions, Gloria recorded her first hit record, "Heartbeat Pts 1 & 2," which Cobb wrote and produced. She toured the country, performing on several American TV shows, footage of which still exists. One memorable performance occurred at a Rock and Soul show in Disneyland in the summer of 1965. "Heartbeat" became a classic rhythm and blues tune which later was recorded by Dusty Springfield, Spencer Davis and many other artists who attempted to capture the Gloria Jones sound.

By then, Gloria had gone on to record other songs for Uptown records, a subsidiary of Capitol/EMI. Included among these tunes was another Cobb written song, "Tainted Love". In fact the group, Soft Cell, whose version of "Tainted Love" reached #1 worldwide, originally heard Gloria sing this classic years before in Northern England. So strong was Gloria's following there that she was proclaimed the "Northern Queen of Soul." Gloria also recorded an LP for the Uptown label entitled Come Go With Me which was released in 1966.

Gloria studied piano, and acquired an advanced classical degree primarily in the works of Bach. In 1968, Gloria joined the cast of Catch My Soul, a Rock and Soul version of the play, Othello, which included cast members Jerry Lee Louis, The Blossoms, and Dr. John. During the summer of 1968, she performed in a play called Revolution, at the Mark Taper Forum in Los Angeles. That winter, she joined the Los Angeles cast of Hair, the musical. Eventually, she was to meet Pam Sawyer, who asked her to write for Motown Records. Jones and Sawyer were amongst the second string of writers at Motown but still wrote for such artists as Gladys Knight & the Pips, Commodores, The Four Tops and The Jackson 5. As Jones was also initially a singer for the label, protocol demanded a pseudonym, so for some of her earlier co-writes she used the name LaVerne Ware.

Songs that Gloria worked on during this period include The Supremes' "Have I Lost You" (writer), Marvin Gaye and Diana Ross "My Mistake" (writer), Junior Walker's "I Ain't Goin' Nowhere" (writer/producer) and the Four Top's "Just Seven Numbers" (writer). The most fondly remembered song that Gloria penned was Gladys Knight and the Pips "If I Were Your Woman", which was nominated for a Grammy award in 1971. However, Gloria left Motown at the end of 1972, subsequent to the release of her much acclaimed album Share My Love.

Gloria first met Marc Bolan of T. Rex in 1969 while performing in Hair (Los Angeles cast). The late Jobriath invited the cast to a party in Hollywood for Marc. While touring in Europe, Marc and Gloria met for the second time at the Speakeasy in London. In 1972, she was recommended by Warner Brothers Bob Regere to sing backing vocals behind T. Rex at the Winterland in San Francisco. Their mutual interest in all kinds of music brought them closer together, in mixing the various sounds of Rock and Soul. This went on to influence the likes of Boy George, Marc Almond, and so many others to take their sound into the eighties.

Soon after joining T. Rex, Gloria and Marc became romantically involved. Together, they had a son, Rolan Bolan (Rolan Seymour Feld Bolan, 26.09.1975). She sang backing vocals and played clavinet with T. Rex from 1973 to 1977. Gloria released an album in 1976, called Vixen, featuring several songs written by Marc Bolan, as he also was the producer, this album also featured a re-working of 'Tainted Love"- several of these tracks date back to the then unreleased 'Sister Pat Hall" album from sessions as far back as 1973. In 1977, Gloria worked with the group Gonzales, producing several of their singles, and also penning the disco smash, 'I Haven't Stopped Dancing Yet' for the group. She toured the UK with Gonzales, first on the Bob Marley tour, and then with Osibisa.

She was the driver of the car, an Austin Mini, that crashed and killed Marc Bolan on 16 September 1977. Gloria nearly died in the accident, and was in the hospital for several days afterwards. She did not learn of Marc's death until the day of his funeral. When she was well enough to leave the hospital, she soon found that Bolan's fans had looted what was left of hers and Marc's possessions, and since she and Marc were not legally married, she was not entitled to any inheritance, except for 10,000 GBP which Marc left her in his will, drafted in 1973.

Having lost her possessions, Jones and her son quickly moved back to Los Angeles where they stayed with Gloria's family.

In 1978, Gloria released the album Windstorm, which was a dedication to the memory of Marc Bolan. On the back cover, it is written "Special Dedication in memory of my son's father, the late Marc Bolan, whom we miss very much." Her single 'Bring On The Love' was a success on American R&B charts.

Gloria stayed in the music business for several years after, releasing an album produced by Ed Cobb, titled Reunited in 1981. She also collaborated again with Billy Preston and other Cogic Singers for a 1984 reunion album The Cogic's.

Gloria has since worked as a musical supervisor for films and is presently living in Sierra Leone, where she is building The Marc Bolan School Of Music And Film.

Come Go With Me (Vinyl)