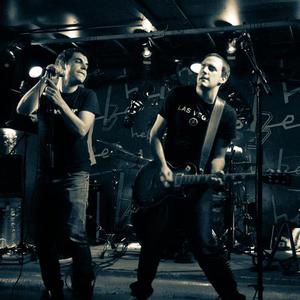 1) Gizmo is widely recognized as a bassist and music director, but he has spent the last year working on his new album ?Red Balloon,? where he is showcasing another, and perhaps the most captivating side of himself as a singer, songwriter, multi instrumentalist, and producer. He has collaborated with many world-renowned musicians including Derrick Hodge, Casey Benjamin, Jamire Williams, George W.

He has collaborated with many world-renowned musicians including Derrick Hodge, Casey Benjamin, Jamire Williams, George W. Russell, Jr, Ilan Bar-lavi and co-producer Gabo Lugo to create a compelling record that expresses a personal side of Gizmo. The 14 track debut record is currently in the mixing stage and is being shopped by various labels, and it will be released in the next few months.

For now, please stay tuned for updates on the process and upcoming performances by following the Facebook and Twitter pages. You can view photos from the recording session.

Growing up in the Philadelphia music scene under the tutelage of great bassists (Derrick Hodge, Tyrone Brown, Gerald Veasley, Anthony Wellington, and Rob Swanson), Kenneth ?Gizmo? Rodgers, has worked extremely hard to perfect his craft. Notorious for his preparedness, responsibility, and most importantly his ability to provide a strong foundation and groove in many genres, the 20-year-old bassist and Berklee College of Music student has performed, recorded, and shared the stage with many renowned artists.

They're Peeling Onions In The Cellar