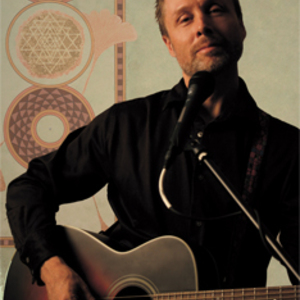 Girish is an eclectic artist with roots in jazz, world, and sacred music. His musical talents find expression in a wide array of instruments ? including tablas, world percussion, guitar, harmonium, and voice. For as long as he can remember, Girish has created rhythm to accompany life. When he was eight years old, his parents gave him a little red snare drum as a bargaining tool to stop him from banging on everything else in the house.

For as long as he can remember, Girish has created rhythm to accompany life. When he was eight years old, his parents gave him a little red snare drum as a bargaining tool to stop him from banging on everything else in the house.

Drumming has always been instinctual to Girish, flowing freely from his fingers and knowing no musical bounds. In his teens, he started experimenting with pop, rock, jazz and orchestral music. His first experience of music as sacred art came in college, playing with jazz bands. "During improvisational sessions," he recalls, "there were these unexplainable moments of synchronicity and intuition that felt like magic."

These moments came just as Girish was feeling pulled toward a sacred life. A college philosophy class inspired him to explore spirituality through Kundalini yoga, meditation, and the study of Eastern scriptures. By the time of his college graduation, Girish was so deep into these practices that he decided to move into an ashram in the Smoky Mountains of Tennessee. Thus began an unexpected journey-a seeming detour that inadvertently nourished his musical artistry.

Girish lived in the ashram for five years, giving up music and taking the vows of a monk in the Divine Mother tradition called Dakshina Marg or Mahashakti Yoga. Yet, here, another compelling sound force emerged for Girish: the chanting of Sanskrit mantras. As a monk in the ashram he spent hours every day chanting. Girish also studied Sanskrit as a means to understand the deeper meanings of these ancient chants, and helped his teacher translate dozens of hymns.

He thought he had given up music for his spiritual practice, but one day he happened upon a set of tablas at the ashram and was instantly compelled to play them. This event set him on a life-changing course. Guided as always by rhythm, and now by his spiritual pursuits, Girish began to study tablas with Jagadish in the Nada Yoga tradition (yoga of sound current), which emphasized the spiritual import of music. He also traveled to New York to learn the art of Indian drumming at Siddha Yoga Ashram.

After New York, Girish then connected with the musician and spiritual teacher Bob Kindler, known as Babaji. "From Babaji, I learned that sacred music is a viable outlet of spirituality, one that is profoundly uplifting and transformative," says Girish. It became clear to him that his innate musical passions didn't conflict with, but in fact lead to a spiritual livelihood. Traveling and performing with Babaji helped cement this notion.

Girish also studied with legendary tabla master Swapan Chaudhuri at the Ali Akbar School of Music in Marin County, California. It was in northern California that Girish met other musicians at the forefront of the chant music explosion in this country. Krishna Das was just gaining popularity at that time and Girish played with him regularly. In this context, Girish was quickly introduced to a wider world of music for yoga. Soon he was accompanying many of the names in the yoga music genre, including Wah!, Dave Stringer, Donna DeLory, Thomas Barquee, Snatam Kaur, Shanti Shanti, Steve Ross, Swaha, and Rasa. His move to Los Angeles in 2000 brought him to the nation's epicenter of chanting and world music.

Girish continues to explore and expand musical borders, and has found new avenues for his artistic expression. Yearning to express the power of Sanskrit mantras through his own voice has been a driving force behind his CD's, Reveal (Spirit Voyage Music, May 2004) and Shiva Machine (Spirit Voyage Music, April 2006) and his new DVD, Yoga Vision.

As a session player, Girish's work has aligned him with the likes of producers Glen Ballard (Dave Matthews Band, Alanis Morrisette) and Michael Brook (Nusrat Fatah Ali Khan, Youssou N'Dour) as well as the creative team at Lucas Art. His talents are featured on some of the most popular recordings in the world music/new age field today.