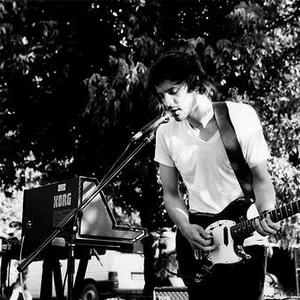 Essentially the brain child of one, Eric Crespo. Beginning in 2001 as a purely solo project incorporating swirls of electric guitar loops, antique analog synthesizer sounds, and field recordings, he first used the Ghost to Falco moniker as a way to play shows while moving from North Carolina to Portland, Oregon. Ghost to Falco, now based in Portland, is still sometimes Crespo alone, but more often than not it's a trio.

Ghost to Falco has performed in such locales as Paris, New York, Los Angeles, Chicago, Miami, San Francisco, Vancouver, Barcelona, Rome, Berlin, and about everywhere else in the United States and Western Europe.

Eric Crespo was one of the founding members of the band, Alarmist, and currently also plays in the band, Centers.

torn or broken, shadowed or dark, cast off all doubts and ride the flames to freedom