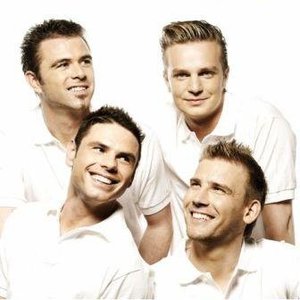 Get Ready! (please fix your tags) | Belgian boy band put together at the end of 1995, which had massive success in its home country. They released 5 albums and 1 "Best Of"-compilation between 1996 and 2002, of which the first three albums ("Get Ready!", "Go For It" & "Apollo") contained Dutch/French songs only. They started out with tracks having that typical Euro Dance sound of the nineties but were trying out Pop Rock tunes by the 3rd album. The fourth album ("The Mission") featured English songs and was supposed to help their international breakthrough.

They even had an Asian promotional tour that included Malaysia, Singapore, Indonesia, Thailand and the Philippines. There was a break-up from 2000 'till 2002 before the most recent album - called "Incognito" - was released. However, the public's interest was no longer the same compared to the early years. Afterwards each band member went his own way. Some of them tried their luck as solo artist but all four of them eventually ended up doing a job outside of the music business. Apparently they have planned a reunion in 2006 and are currently working on their new material.