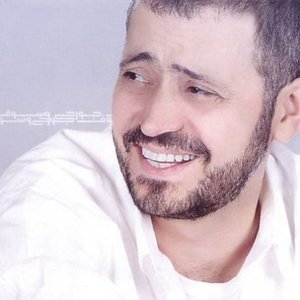 George Wassouf (Arabic: ???? ????) is a notable Syrian singer. He was born on December 23, 1961, moved to Beirut at a young age, and was called the miraculous child at that time, for his artistic talent in singing. George Wassouf started singing very young at the age of 10 years old in his hometown Kafroun that consequent to Mashta Al Helou in Tartous, Syria on different occasions such as marriages, parties, hotels, etc.

George Wassouf started singing very young at the age of 10 years old in his hometown Kafroun that consequent to Mashta Al Helou in Tartous, Syria on different occasions such as marriages, parties, hotels, etc. Shortly thereafter he moved to Lebanon where he started singing and his popularity grew. It was at the age of 16 years old when he became known as "Sultan El-Tarab" as called by the famous international Actor Omar Sharif, Arabic for "The Sultan of Singing", with his classic song "el-Hawa Sultan".

People at that time thought of him as being the only one who could provide tarab with his magical and crystal voice that was very sharp and high-pitched when he was young and matured into the deep, commanding voice that he is now known for. A few of his first songs include "Hawa Sultan", "Rohi ya Nesmah", "Helif el-Amar", "Law Naweit" are the ones that really brought him up to fame.

The family name "Wassouf" is first of all the name of a statue God that was worshipped in the middle ages (around 1500 b.c.). Wassouf's magical voice was discovered by his first manager and producer "George Al-Khouri". This happened when Wassouf was 12 years old - he was singing at a wedding party. George Wassouf also got married very young at the age of 21 to Shalimar, who is originally from Sierra Leone. They have three children: Wadee', Hatem, and George Jr. His oldest son's name is Wadee', which is why he is known as Abu Wadee'.

George Wassouf has produced more than 30 albums and has performed concerts all around the world. Started from the famous Lebanese show which fired the fame of many Lebanese singers "Studio El Fan" 1980 when he was only 16 years old, surprisingly he was called at this time "Sultan of Tarab". The Song "Hilef il Amar" made a massive hit in the Arab world, although Wassouf was quite young at that time. However Wassouf was able to rise to the rank of "king" of Arab Tarab. Many Singers are jealous of wassouf , and that's why they try to copy his unique style and performance. Some of the younger singers who attempt to copy his style are George al-Rassi and Wael Jassar. Wassouf is one of the few singers that were able to attract millions of fans in a short period of time. In addition, Wassouf is not only famous in the Arab World but is also known in Europe and the States as one of the Best Arabian Singers.

According to his life and his fame he should have been called also "The King of Rumors" as he lived a life that was filled with rumors about his love life, his health and so on that it was told once earlier in 2001 that he died of an overdose.

He doesn't like to shoot his songs into video clips although he had some successful hits in the early 1990s, he used to say about this: "I don't feel I can act ... I really can't... I only find myself when I'm on the stage ... singing, but the video clip forces me to act".

On June 2002 , Sultan Al Tarab Released his new album "Salaf Wi Dein", which made a huge success in both the Arab world and abroad.