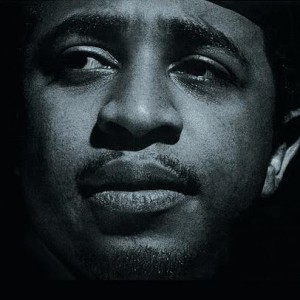 Braithophone, Hard Bop, I Should Keep An Eye On This One, Jazz, Saxophone, Soul Jazz

George Braith, a legend in the field of modern progressive jazz, commands an uncanny and absolutely phenomenal knowledge and use of harmonics, rarely evidenced in modern jazz music today. As described by Chris Kelsey, in Jazz Times, his Braithophone chops are developed, and his lines are long, and graceful. His tenor work is lithe, melodic and unpredictable in the best sense. Braith's playing is a study in wisdom and authenticity.

George Braith is an inventor who has created the Braithophone, an instrument that blends two saxophones (soprano and alto) and Boptronics which is "the conjunction of improvisational jazz and the use of electronic virtual instruments."

George Braith is a Blue Note artist and when you hear his Blue Note releases you will be struck by the originality of his approach. New York born and bred, he made three albums for Blue Note from 1963 - 1964. He also recorded as a sideman with organist Big John Patton and led dates for Prestigue later in the decade. Currently, George Braith has released a series of CD's through his label, Excellence Records, many of which are available through cdbaby.com.

George Braith, son of a Pentecostal minister who played piano and organ and a mother who sang in church, is the youngest of nine siblings who are all musically inclined. As a child he played baritone sax and the flutophone in his father's church and in school and had his own calypso group. He was introduced to jazz in the late 40's when he heard Tiny Noles, a trumpet player, playing through the back window of the his family's apartment in the Bronx. In Junior High School Braith took up the clarinet and alto sax. While in Music and Art High School, Braith began summer gigging with a band in the Catskills with Pete Sims (LaRoca). While in high school he began playing bassoon and flute. After graduating he toured Europe with his group, The American Jazz Quintett. The following fall, he was enrolled in the Manhattan School of Music where he studied theory and arranging by day and gigged at night.

Braith began developing his two horn technique around 196l. In 1965 George was living in Los Angeles where he played with Freddie Hubbard and then sat in with Coltrane who was so impressed with his double horn playing that he facilitated his relocation to New York so that they could play together.

As Braith prepared to play with Coltrane, he opened Musart, in a basement in Soho. Musart, one of the first health food restaurants in the city, became an avant guard center where muscians and artists could develop creatively. It became a center for the best jazz artists in town, such as Larry Young, McCoy Tyner, Max Roach, Freddy Hubbard, Harold Land, Bobby Hutcherson, Abby Licoln, Wilbur Ware, Roy Haynes, Kenny Durham, Gilly Coggins, Albert Dailey and Beever Harris. Much of their music was recorded and currently is being released through Braith's label, Excellence Records.

Following Musart, Braith toured Europe again. He returned to the states for a concert in Carniegie Hall, and to continue his two horn studies at Creative Arts Development Center and developed the Space Island Performance Group. After managing "The Ladies Fort" a jazzclub in NOHO, George continued his musical development in New York City, Atlanta, Tampa and Milwaukee. When he returned to New York, he continued his musical journey, creating and producing a continuous stream of new music in concerts, performances and new CD's.