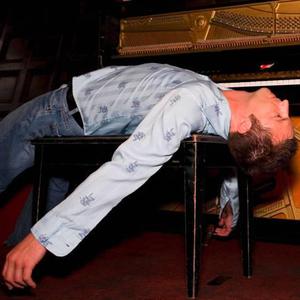 Few emerging artists have been able to bring the type of classic pop-rock showmanship to studio and stage like Gentry Bronson. The San Francisco-based musician is drawing fans back to the piano-driven niche carved out by artists like Tom Waits, Nick Cave, Billy Joel, and Tori Amos. The intersection of storytelling and melody in his songwriting and a truly unique vocal style have also earned him comparisons to Michael Stipe & David Gray and his stage theatrics have people saying he is something akin to Hedwig & The Angry Inch.

Throughout his music career though, Gentry continues to prove himself as an original.

Gentry's songs crossover many musical genres, from indie to pop, folk to jazz, ambient to classical, and Vaudeville to Americana. And his live performances run wildly from passionate heartstring pulling songs of nostalgia & love, to fiendishly outlandish sweating swilling blues-infused cabaret. Start to finish, it's a show.
After the 2007 release of his last record ?No War?, Gentry is touring solo & playing new songs from his forthcoming album, planned for 2009.

Autumn 2009, Gentry cooperated with Jesse Brewster to release his English version of a classic Dutch popsong called 'Avond', which was originally performed by famous Dutch singer-songwriter Boudewijn de Groot. The song is available as an mp3 on various downloadportals.