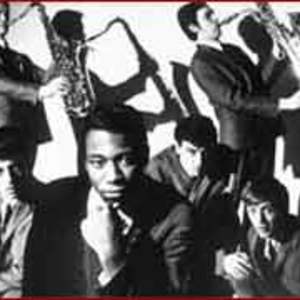 Geno brings the party to you The Ram Jam Band were formed around 1964 and evolved out of a group called Les Blues who were formed to rival a English group with a Black American singer called Milton And The Continentals. Before taking on Geno Washington, they had been backing a British Blues singer by the name of Errol Dixon. Their first single featuring Dixon, "Shake, Shake, Senora" / "Akinla" released on Columbia had sunk without a trace.

Geno Washington was a U.S. airman stationed in East Anglia who became well known for his impromptu performances in London nightclubs. In 1965, guitarist Pete Gage needed a singer front his new band and replace the previous singer Errol Dixon, and asked Washington to join and the latter was discharged from the U.S. Air force, he became the band's frontman.

The band broke up in the autumn of 1969 and the band members went their own ways while Geno Washington continued as a solo artist before returning to the United States.

My Bombers My Dexy's My Highs - The Sixties Studio Sessions CD3

My Bombers My Dexy's My Highs - The Sixties Studio Sessions CD2

My Bombers My Dexy's My Highs - The Sixties Studio Sessions CD1