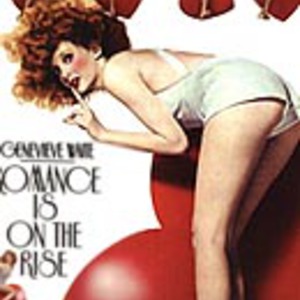 Genevieve Waite is a singer known mainly from her 1974 album Romance is On The Rise, the CD re-release in 2004 you're probably listening to now. Initially known for being a South African model and later actress (star of the Micheal Sarne film Joanna), she married John Phillips of The Mamas And The Papas in the late 60s, and part way into their marriage he produced and co-wrote this album for her. Released on Phillips' Paramour label in July 1974, Romance Is On The Rise has masterful musicianship from some top-notch session musicians and an unusual campy-jazz slant.

This was the last great turn from Phillips before disappearing from the music scene. The album itself disappeared due to poor distribution and mixed reviews. Though since it's re-release it's become something of a cult classic, unlike anything else of the era, and really, though often likened to Betty Boop in vocal style, it's unlike anything else at all.

Romance Is On The Rise