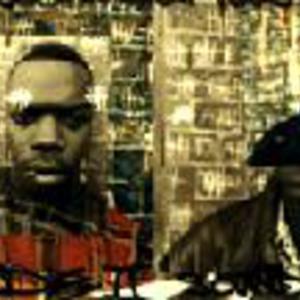 Creators of a seminal moment for drum'n'bass back in 1991, Genaside II returned more than five years later with their debut full-length, a piece of high-powered, breakbeat futurism influenced by Manga anim?. Basically a duo of Chilly Phatz and Koa Bonez (aka Kaos de Keeler aka Kris Bones) with engineer Charlie Meats, the crew were raised on the hard-life streets of Brixton and inspired by urban raggamuffins like Rebel MC and Ray Keith.

Debuting in 1989 with the cut-and-paste ragga-terrorism of "Fire When Ready," Phatz and Bonez followed with the 1991 single "Narramine." Intersplicing the sweet soulful vocals of Sharon Williams with blistering breakbeat ragga, the single became a major mover on the hardcore techno scene. Along with "Mr. Kirk" by 4hero, Genaside II defined the growing move towards darkness in hardcore, years before drum'n'bass emerged overground. Despite additional singles like "Hellraiser" (recorded with Ray Keith and featuring a beat later borrowed by Prodigy for "Firestarter"), personal problems kept the duo out of commission for several years.

By 1995, Phatz and Bonez had sorted things out and even signed to the major-label-connected Internal. After a live date with the New Power Generation, mutual friends introduced the duo to the Wu-Tang Clan while in America. As a result, Genaside II's 1996 debut album New Life 4 the Hunted featured Wu associate Cappadonna as well as Eek-a-Mouse and Rose Windross. Ad Finite followed in 1999 on Tricky's Durban Poison label.

In 2002, Genaside II released Return of the Redline Evangelist on Copasetik Recordings, and has since been inactive.

Kris Bones has continued DJ-ing and racing motorcycles. After playing with David Visan of Buddha Bar at the launch of DKNY Jeans in Milan he was snapped up by Donna Karan to host their fashion parties. Kris now musically directs catwalk shows and consults in London, New York Paris and Milan, for DKNY, Donna Karan,Barneys of new york,selfridges, Vivienne Westwood, INSTYLE and VANITY FAIR Magazine,s to name but a few.