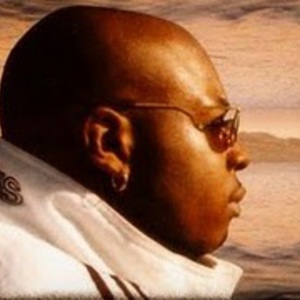 For over a decade, GEEQUE has been a staple in the New York City TV scene with his hip hop half-hour extravaganza, "Freak It Wit Da Fellaz." From Nelly to Alicia Keys, P. Diddy to Master P, 100's of guests have joined GEEQUE to kick it and promote their projects. After qualifying for the finals in an unsigned MC contest sponsored by Scion, one that was judged by three respected individuals in the industry including super-producer Just Blaze, GEEQUE is on a mission to make the transformation from TV host to a hit-making hip hop superstar.

In July 2006, GEEQUE dropped his debut mixtape, QUE YORK CITY. The first single, DUMB IT DOWN, is a blazing club song that cleverly mocks the current state of mainstream hip hop. "It seems nowadays, to make a hit single, you need to cover the same boring topics," states Que. "You gotta talk about how many guns you pop, how many whips you drive, it's just real monotous. Why not make a hot club song talking about all the same cliches you supposedly need to make a hot club song?" Along with his original material, GEEQUE also puts his own original twist on known industry songs, including Remy Ma's CONCEITED and Paul Wall's SITTIN SIDEWAYZ.

If I Was Signed (maxi Single)