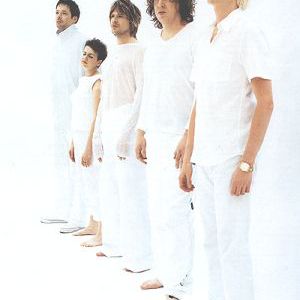 Gay Dad were one of the last UK Brit rock bands to be launched in the late 1990s. They generated massive media interest and had moderate chart success but they failed to sustain their popularity and broke up in 2002. The original line-up consisted of rock critic Cliff Jones (guitar/vocals), James Riseboro (keyboards), Nigel Hoyle (bass), Charley Stone (guitar) and Nicholas Crowe (drummer). Gay Dad was first formed in 1994 by former Mojo and The Face journalist Cliff Jones, his schoolfriend Baz Crowe, and Nigel Hoyle.

Gay Dad was first formed in 1994 by former Mojo and The Face journalist Cliff Jones, his schoolfriend Baz Crowe, and Nigel Hoyle. Their first demo was recorded with legendary Rolling Stones record producer, Andrew Loog Oldham but proved unsuccessful, and they did not make their live debut until 1995. Early gigs were often a shambles, and by 1996 Jones, who had developed a fascination with psychedelia and glam-rock, began to rethink the band's approach.

Joined by new keyboardist James Riseboro, they recorded several new tracks at Raezor Studio, Wandsworth, including a song called "To Earth With Love". Although it was only intended to win them some live dates, the demo attracted keen record company interest and the band signed to London Records in December 1997. With (female) guitarist Charley Stone they toured the UK in early 1998 before starting recording sessions at The Dairy studio in Brixton with producers/sound engineers Gary Langan (ex-Art of Noise) and Chris Hughes (ex-Adam and The Ants).

The band's controversial name and their eye-catching blue and white "Walking Man" logo designed by fashionable graphic artist, Peter Saville generated a huge amount of interest from the media and Gay Dad were hailed as the "saviours" of British rock.

Their debut single "To Earth With Love" entered the UK Singles Chart at #10 in January 1999. Their debut album Leisure Noise, co-produced by Tony Visconti and Mark Frith, was released in June 1999. Despite initial good reviews it only made #14, although American sales topped 25,000.

The second single "Joy!" reached #22 in the UK, but the third single from the album, "Oh Jim", only made #47. Disappointing reviews for some of their live shows started a general media backlash. Frontman Jones was criticised for his pretentious statements, and the band's whole authenticity was questioned due to his connections with the music press. After a moderately successful tour of America, Stone left the band and was temporarily replaced by bass player Andy Bell (who had previously been guitarist with Ride and later joined Oasis). They started to work on a second album but keyboard player Riseboro also left the band due to musical differences. The band parted with London Records the following November.

Jones, Hoyle and Crowe signed a new record deal with smaller indie label B-Unique and began work on a new album Transmission. In 2001 the leading single, "Now Always and Forever" was released and fell just short of the Top 40. An extensive UK tour was followed by another single "Harder, Faster" which also failed to chart significantly. The third single "Transmission" was released just before the album came out in late 2001. Although critically acclaimed, it had disappointing sales and failed to make any commercial impact.

Gay Dad played a one-off show in Houston, Texas in the summer of 2001. It was at this show that Cliff shared a bill with an up and coming Austin band, Young Heart Attack. Smitten with the energy and drive of the band, Cliff struck up a friendship with them and played a key role in getting the band signed in England. A new song "Young Heart Attack" later appeared as a b-side to one of the singles off the "Transmission" LP.

Rumours of a split started circulating in 2002, and Jones finally announced the break up of the band on the eve of the U.S. release of Transmission, citing the excessive press hype the band had received and the pressures resulting from it, as well as negative reactions to the band's controversial name. "We got shot out of the cannon," said Jones, "Then things started to get out of control, and as rapidly as we went up, we came down again."

Jones claimed that one negative reaction came from Capitol Records, which had planned to release the album in America. "Someone in radio promotion said he'd resign if he had to work a band called Gay Dad". Instead, Transmission was put out by indie label Thirsty Ear.

Contrary to reports, Jones never appeared on any recordings by Texas or Robbie Williams.

Nigel Hoyle began his solo project, and eventually ended up working with Freelance Hellraiser. The two recorded a track for the Ian Brown remix album. Hoyle then found himself working with Dylan Rippon and Crispin Hunt (of the defunct Longpigs) in a new outfit, Gramercy. Gramercy recorded together a number of songs and were about to release their debut single/ep "Hold On" through Redemption Records, when they split.

To Earth With Love (EP)