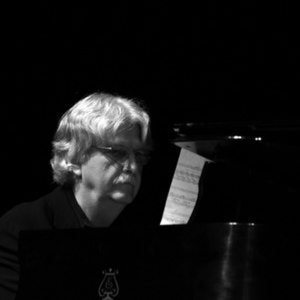 Gary Sill is best known for his brilliant new age and jazz piano improvisations. His CD's of acoustic solo piano, Spring is in the Poet (2001) and Restless Hearts (2002), were rated by NAV Magazine in the top 5 listings in the USA for 10 weeks following their release. The titles received extensive international air play. Sill is an innovator in computer assisted composition, sound design, performance, and recording.

Sill is an innovator in computer assisted composition, sound design, performance, and recording. His landmark jazz collaboration with Canadian flugelhorn virtuoso Bob Day, Stonehenge is Burning, was released earlier this year (2008). He has also composed for film, television and radio.

The Gary Sill Music Studio in Vancouver, which finished construction in 2006, was conceived and designed as a sound environment for digitally recording acoustic performances of jazz and formal music.


Studies at the University of Calgary included composition with Luigi Zaninelli and piano with Gloria Saarinen. He was an audio engineer for several years with ACCESS Alberta and moved on to be a Media Producer at the Banff Centre School of Fine Arts. While working at the Centre, he studied composition with Steve Reich, John Cage, R. Murray Schaffer, Oscar Peterson, Carl Berger, and Ursula Oppens as well as audio engineering with Stephen Temmer and workshops with Gene Youngblood on the future of electronic media.

Since 1985 Gary has been assisting Hidayat Inayat-Khan as a performer, producer, and engineer of both formal music projects and compositions to accompany Sufi spiritual practices. He has assisted in the distribution of these projects and with his wife Fazalunissa Carole Harmon, was the organizer, in 2007, of the Mysticism of Sound Conference and Concert Series (MOSC) and it's Communications and Music Director.

Spring Is In The Poet