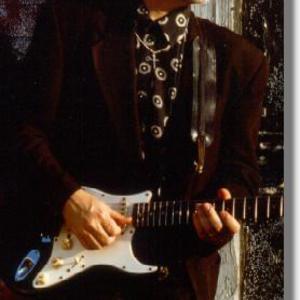 Gary Nicholson comes from Garland, Texas, where he played guitar in various bands starting at age fourteen. After pursuing a degree in music at North Texas State University, Gary made the move to Los Angeles, and began his recording career with two albums of his own songs. His band included current Warner Bros. Record's president Jim Ed Norman, on piano, who would later invite Gary to Nashville to write songs for his publishing company.

In 1983, Gary signed with Sony/ATV/Tree publishing and was a staff writer there for fifteen years. He has participated in songwriting trips to Romania, Bali, Ireland, and Cuba with other well known songwriters as part of Music Bridges, a cultural exchange with musicians of those countries. His songs have appeared in the movies "Urban Cowboy", "Major League", "City of Hope", "Message in a Bottle", "Happy Texas", "Sylvester", "Where the Heart Is" and "Serving Sara". He has earned twenty-six ASCAP awards as writer and publisher, and has taught songwriting workshops for ASCAP and Berklee School of Music. Over 350 songs of his songs have been recorded in various genres.

He has written songs for Vince Gill ("One More Last Chance", "The Reason Why"), Wynonna Judd ("Somebody to Love You", "When Love Starts Talking"), Patty Loveless ("The Trouble with The Truth"), New Grass Revival ("Can't Stop Now"), T. Graham Brown ("Brilliant Conversationist"), Trisha Yearwood and Garth Brooks ("Squeeze Me In"), Montgomery Gentry ("She Couldn't Change Me"), Lee Roy Parnell ("Lucky Me Lucky You"), Clay Walker ("Live Laugh Love"), Ronnie Milsap ("Livin' on Love"), and many more. He has won two Grammy awards for producing two albums for Delbert McClinton.

See a complete discography of songs by Gary Nicholson: http://garynicholson.com/gn-disc.htm

Gary is also known to perform under the pseudonym Whitey Johnson.

The Sky Is Not The Limit